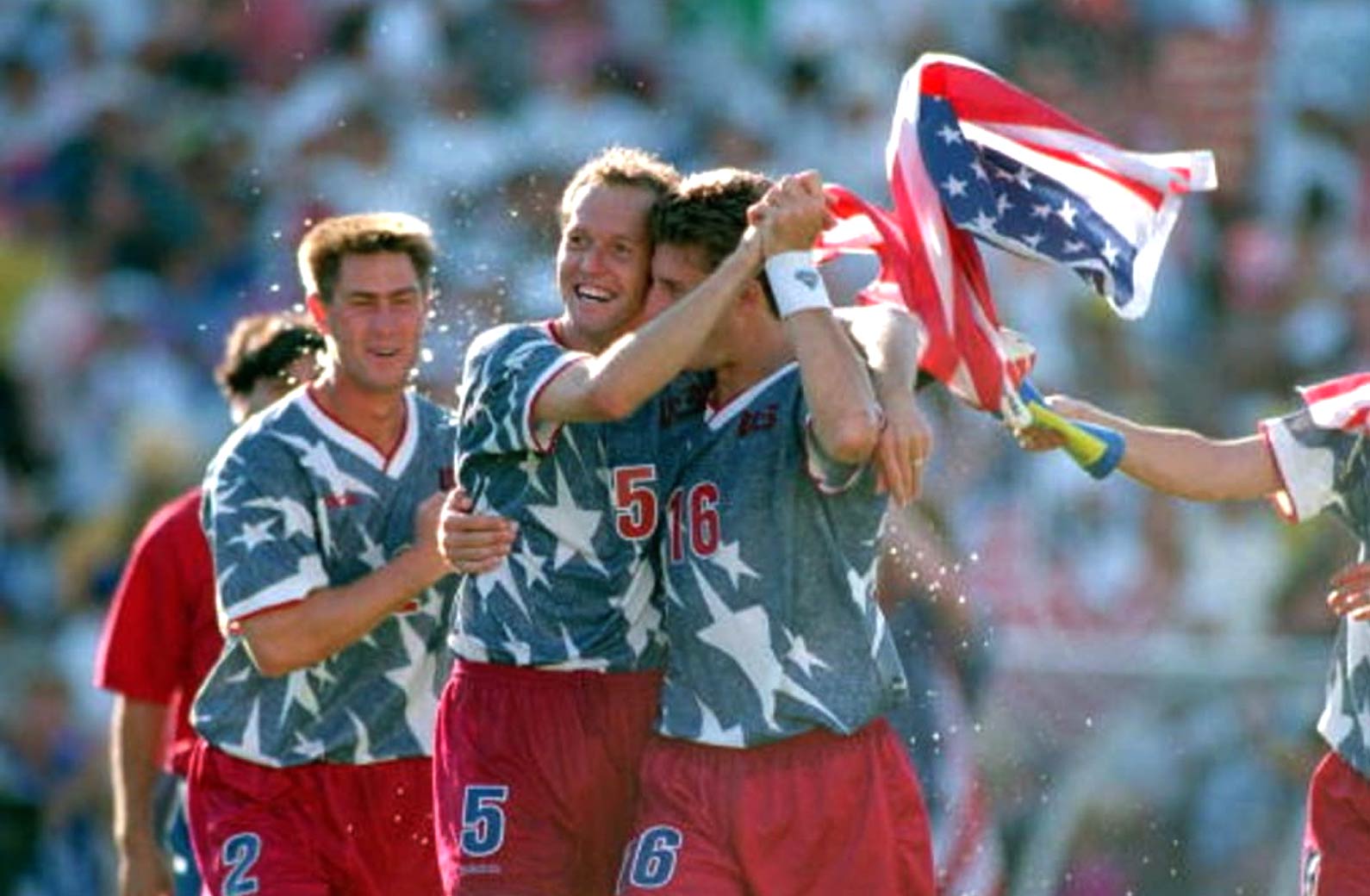 The Fourth of July is a special time of year for Americans, complete with fireworks, parades and family barbeques. Commemorating the anniversary of America’s independence, it’s a time to reflect back on this country’s incredible history. The world of sports has become a major part of American culture over the past century, with plenty of iconic moments taking place over the years. As we prepare for this year’s Fourth of July celebration, here’s a look back at some of the greatest sporting moments to ever take place on this date in American history.

An undefeated James Jeffries came out of a six-year retirement for this fight, putting his perfect record on the line by stepping into the ring against African-American fighter, Jack Johnson. 15 rounds in, the referee called a stop to the bought win with Johnson gaining the victory. He finally earned the recognition he deserved in what many call the original ‘Fight of the Century’.

Dating all the way back to 1839, the Grand Challenge Cup is the oldest and most prestigious rowing event at the annual Henley Royal Regatta. Ordinarily dominated by the English, the Harvard Eight made history on the Fourth of July in 1914 by becoming the first American crew to win the event. Having defeated another American team (Union Boat Club) by 1¼ lengths, the victory marked a major achievement for American athletics.

Considered one of the greatest fighters in boxing history, Joe Louis made his professional debut on July 4, 1934 in Chicago. Nicknamed “The Brown Bomber”, Louis was a national amateur champion who quickly put his skills on display by knocking out Jack Kracken in the very first round. Louis went on to enjoy a long and successful career in the ring, becoming one of the first African-Americans to gain hero-like status in America.

On this date in 1939, Yankees’ first basemen Lou Gehrig stood at home plate with a microphone and delivered one of the most iconic speeches in sports history. Known as “The Iron Horse” for his incredible durability, Gehrig gave a touching address to the fans regarding his recent ALS diagnosis. “For the past two weeks you have been reading about a bad break. Yet today I consider myself the luckiest man on the face of the earth.”

Baseball and the Fourth of July went hand in hand in 1980, as Texas Rangers pitcher Nolan Ryan made history on America’s Independence Day. Widely considered one of the greatest pitchers of all-time, Ryan became just the fourth player in MLB history to reach 3,000 strikeouts when he fanned Reds centerfielder, Cesar Geronimo. Ryan went on to record 5,714 total strikeouts in his career, the most all-time.

American tennis fans got a real treat in the summer of 1982, as they got to witness an all-American Wimbledon final between Jimmy Connors and defending champion, John McEnroe. With the championship match taking place on July 4th, the two Americans put on an incredible five-setter on grass at the All-England Club. In the end, Connors managed to defeat McEnroe and win the second Wimbledon title of his career.

Long before LeBron James, there was another man nicknamed ‘The King’; auto racing legend, Richard Petty. Racing at the 1984 Firecracker 400 on July 4th, Petty managed to beat Harry Gant for the 200th and final victory of his illustrious career on the track.

America may not be a super power in the world of soccer, but the US National Team proved their mettle while hosting the 1994 World Cup. The team turned heads by earning a tie versus Switzerland and a victory over Colombia, allowing them to advance to the Round of 16 against Brazil on the Fourth of July. While they lost 1-0 in that matchup, the sport of soccer exploded in America as a result of the team’s strong showing.

In 2004, the final round of the Women’s US Open was scheduled for the Fourth of July and fans got to witness an incredible performance by American golfer, Meg Mallon. The Massachusetts native recorded a 6-under 65 on Independence Day, winning the tournament over Annika Sörenstam by two strokes. To this day, it remains the lowest final round score by a champion in the tournament’s 76-year history.

Occurring just once every four years, the Olympics provide American athletes with a chance to showcase their talent on a global stage. On July 4th, 2008, American swimmer Dara Torres made history by qualifying for the US Olympic team for the fifth time in her career. Torres was already the first American swimmer to be a part of four Olympic teams, so to qualify for a fifth time on America’s Independence Day was an incredible moment.

It’s not often that two Americans reach the finals of Wimbledon. It’s even more rare to have two American sisters reach the finals, but that’s exactly what happened on July 4th, 2009 when Serena and Venus Williams faced off at the All-England Club. Serena ended up beating her big sister in straight sets, with the pair also winning the women’s doubles title at Wimbledon that year.

As the most famous cycling event in the world, the Tour de France attracts competitors from around the world. Historically dominated by Europeans, fans of the sport took notice in 2011 when US cyclist Tyler Farrar became the first American to win a stage of the race on the Fourth of July. With the country celebrating its independence, Americans watched gleefully as Farrar took the day’s stage and gained respect from the sport’s global audience.

There we have some of the most iconic July 4th sporting moments in US history. With no doubt, there will be many more incredible sporting moments to happen on Independence Day in the future. However you plan on celebrating this year, why not add to the excitement with these best online slots to celebrate July 4th. You can win yourself some real money by playing online casino games at Bovada Casino! If you are looking to win big, then check out Hot Drop Jackpots. If you are new to Bovada, then make sure you sign up today so you can begin online sports betting and playing at our online casino.