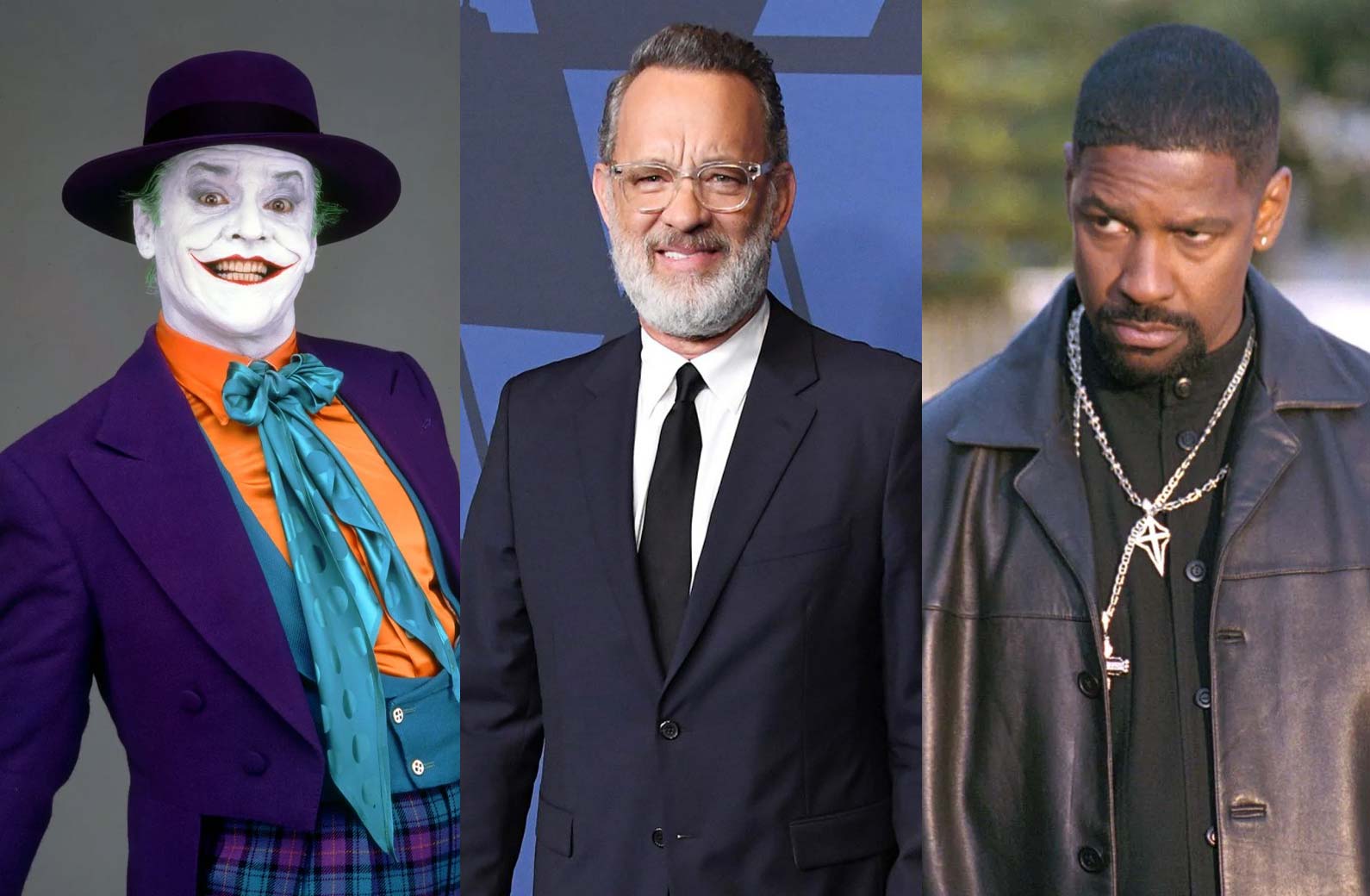 With so many great American actors throughout history, compiling a list of the top 10 is no easy task. From the golden age of Hollywood during the 1930s and 1940s to the blockbuster films of today, there have been tons of talented, US-born actors on the big screen. Oscars and Golden Globes are major acting awards and generally quite indicative of true thespian talent, but there are a number of other factors that should be considered when ranking such talented actors. From an actor’s overall skills and abilities to the versatility in their movie roles, we’ve looked at tons of different aspects to come up with this list of the top 10 American actors of all-time.

Love him or hate him, it’s hard not to include an actor who’s dominated the box office like Harrison Ford. This Chicago-born movie star is one of the highest grossing actors of all-time, with his films raking in over $9 billion worldwide. Although he’s never won an Academy Award, he was nominated for Best Actor in 1985 for his performance in “Witness”. He may be short on hardware, but Ford will always be a fan favorite for his role as Han Solo in the Star Wars movies, as well as his performances in “Blade Runner” and the Indian Jones film series.

A proud New Yorker, Denzel Washington, starred on the hit TV series “St. Elsewhere” for six seasons before moving on to the big screen. His captivating presence is adored by audiences and he often portrays the tough but loveable protagonist. Washington has delivered outstanding portrayals in a number of biographical films such as “Malcolm X”, “The Hurricane” and “American Gangster”.  He was nominated by the Academy for Best Actor on six separate occasions, winning the award in 2002 for his unforgettable performance in the film “Training Day”.

He may be the youngest actor on this list but DiCaprio certainly isn’t short on experience. Born in Los Angeles, DiCaprio began acting at a very young age. He became a global superstar with his role in the 1997 film, “Titanic” and has continued to impress his critics by taking on more challenging roles in recent years. He won the 2016 Academy Award for Best Actor after his moving performance in “The Revenant” and has also been nominated for roles in other films such as “The Aviator”, “Blood Diamond”, “Wolf of Wall Street” and “Once Upon a Time in Hollywood”.

An Italian-American born in New York City, Pacino got the opportunity of a lifetime when director Francis Ford Coppola cast him for the role of Michael Corleone in “Godfather”. Pacino was a revelation in the mobster role, ultimately earning an Academy Award nomination in 1973 and once again in 1975 for the sequel. The talented actor was nominated for an Academy Award on 9 separate occasions, winning the Best Actor award in 1993 for “Scent of a Woman”. Starring in countless crime classics like “Godfather”, “Serpico”, “Dog Day Afternoon”, “Donnie Brasco” and “Carlito’s Way”, nobody can portray the criminal underworld quite like Pacino.

When it comes to American Westerns, perhaps no actor comes to mind more than, Clint Eastwood. The gruff actor known for his toughness got his big break in the genre. Eastwood delivered a legendary performance in “The Good, the Bad and the Ugly in 1966 and that was only the beginning. The actor had an impressive career that has stretched several decades, also becoming a successful director along the way. Eastwood has earned a number of Academy Award nominations over the years and will forever remain a legend of American cinema.

Born in Shaker Heights, Ohio in 1925, Paul Newman was a movie icon until his death in 2008. The actor had a number of memorable movie roles throughout his 50-year acting career, including great performances in “The Hustler”, “Cool Hand Luke”, “Butch Cassidy and the Sundance Kid” and many more. Newman earned a total of 10 Academy Award nominations over the years, eventually winning the 1987 Best Actor award for his great showing in “The Color of Money”.

The California-native has been one of the biggest movie stars on the planet for the past 30 years, having captivated audiences with a collection of memorable comedic and dramatic roles. He’s also a part of countless childhood memories thanks to his great voice work as Sheriff Woody in the Toy Story movie franchise. In addition to countless award nominations, Hanks won the Oscar for Best Actor in 1994 (Philadelphia) and 1995 (Forrest Gump).

The late Marlon Brando was once widely considered the greatest actor of all-time. Born in Omaha, Nebraska back in 1924, Brando is often credited with bringing method acting to the mainstream. He may be best known for his iconic performance as Vito Corleone in “The Godfather” but Brando starred in many classics throughout the years, including “A Streetcar Named Desire”, “Julius Caesar” and “Last Tango in Paris”. He took home the Academy Award for Best actor in 1954 (On the Waterfront) and again in 1972 (The Godfather).

As a 3-time Academy Award winner and 12-time nominee, Jack Nicholson is one of the most celebrated American actors of all-time. Nicholson has been starring in movies since the 1960’s and dominated the big screen for decades with his rebellious, yet charismatic persona. He played a major role in some of Hollywood’s most legendary films, including “Easy Rider”, “Chinatown” and “One Flew Over the Cuckoo’s Nest”, which he won the 1976 Academy Award for Best Actor. He won the award again in 1998 for “As Good as It Gets” and also won the 1984 Academy Award for Best Supporting Actor for his role in “Terms of Endearment”.

De Niro became a household name after winning an Academy Award in 1974 for his role in “The Godfather Part II”. Looking at all of the impressive performances he’s delivered throughout his career, his place atop the list of the best American actors of all-time should come as no surprise. Having been one of Hollywood’s biggest stars for over 50 years, it’s hard to summarize just how talented he is. From “Taxi Driver” and “The Deer Hunter” to “Raging Bull” and “Cape Fear”, the list of this actor’s accomplishments goes on for days.

There are numerous other stars that were in serious contention to make this list of best American actors in history. Who do you think should have made the list that hasn’t? Let us know know on Twitter or in the Bovada Forum. If you are a fan of movies, TV series or any kind of productions for that matter, be sure to check out our other entertainment articles. Here, we cover the most exciting movie betting markets available at Bovada along with other movie topics! If you are new to Bovada, be sure to sign up today. Once signed up, you can enjoy online sports betting, online poker and our online casino.