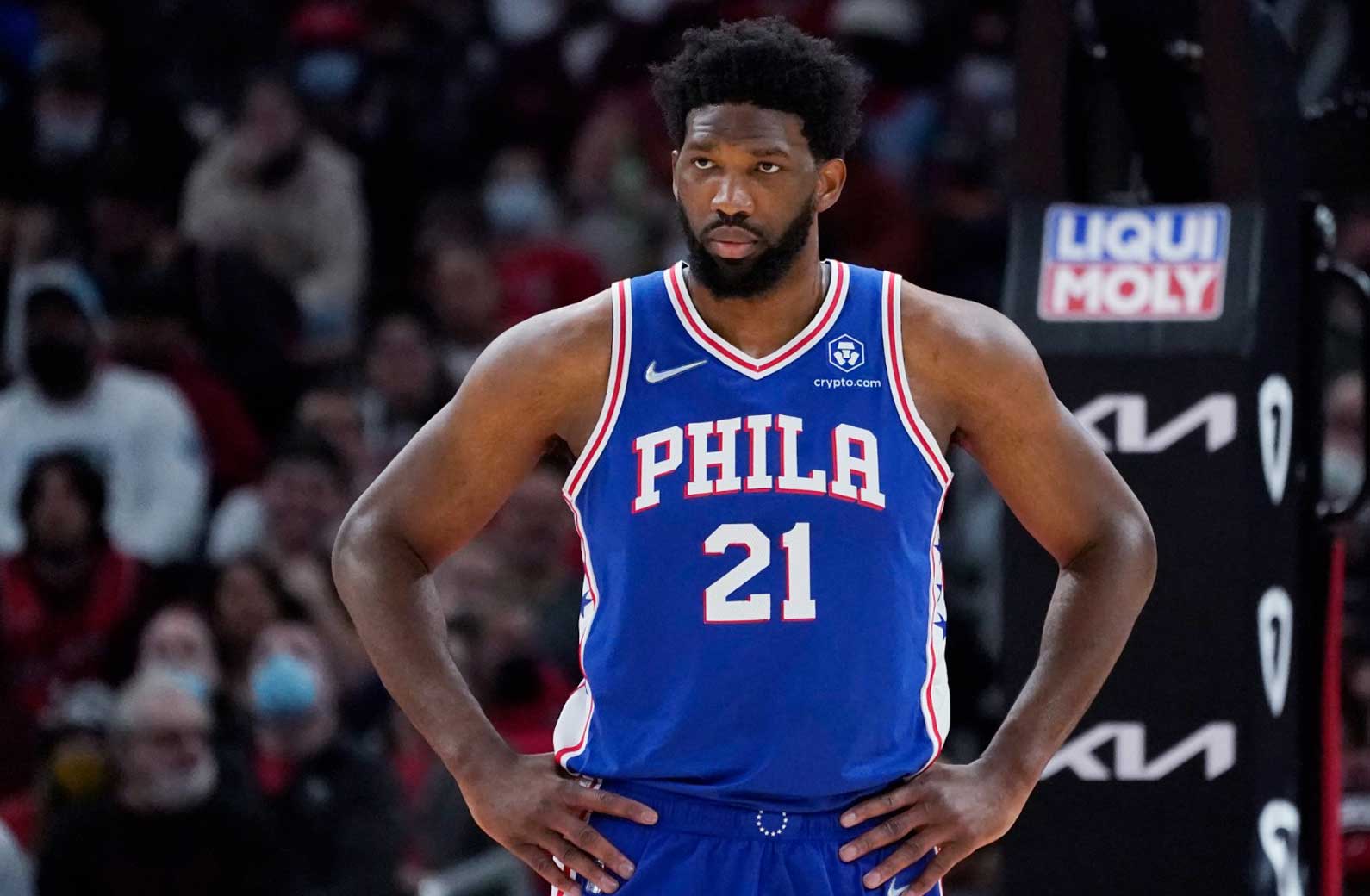 With the NBA playoffs set to tip-off on April 16, you can bet there will be some intense basketball action over the next few weeks. Taking a look at the NBA futures betting market, there has been some interesting movement on the championship odds of several teams. Most teams are now at or around the 60-game mark and while we’ve yet to have anyone clinch a spot in the postseason, a few teams are getting close.

When it comes to futures betting, there are a number of factors that can impact an NBA team’s championship odds; a long winning streak, a major slump, a big injury or surprising trade can all shift a team’s betting odds for better or worse. Basketball fans have seen a bit of everything over the past month, including a wild NBA trade deadline that saw a number of big names change teams. The Dallas Mavericks sent Kristaps to the Washington Wizards in exchange for Spencer Dinwiddie and Davis Bertans. The Sacramento Kings were busy at the deadline, trading Marvin Bagley III in a four-team deal to acquire Donte DiVincenzo, Josh Jackson and Trey Lyles. The Kings also traded Tyrese Haliburton, Buddy Hield and Tristan Thompson to the Pacers in exchange for Domantas Sabonis, Justin Holiday, Jeremy Lamb and a 2023 2nd-round pick. There were several other big trades on deadline day, but none had a bigger impact on the NBA futures betting market than the blockbuster deal between the Philadelphia 76ers and Brooklyn Nets. Ben Simmons’ time in Philly is finally over, as the 76ers sent Simmons, Seth Curry, Andre Drummond and two first-round picks in exchange for James Harden and Paul Millsap.

With so much to keep track of for all 30 NBA teams, this article will walk you through the current NBA futures betting landscape. We’ll take a look at the top contenders to win the 2022 NBA championship, based on their current futures betting odds at Bovada Sportsbook. We’ll also review the front runners to claim this year’s MVP winner, giving you the chance to cash in on the NBA award.

The Warriors have been one of the betting favorites to win this year’s NBA title since the start of the season. Golden State trails only to the Phoenix Suns for the best record in the NBA and has plenty of star power, including two-time NBA MVP, Steph Curry. The Warriors championship betting odds have improved as of late, mainly due to the Simmons-Harden trade. With the Nets trading away one of their best players, Golden State leapfrogged Brooklyn in the futures betting market and now look like an even stronger pick to win it all. With plenty of championship experience, the Warriors have a great chance to win it all if they can keep veterans Klay Thompson and Draymond Green healthy for the playoffs.

The Suns have looked like legit title contenders since the year began. With a win percentage well over .800, Phoenix owns the best record in the NBA by a significant margin. Shooting guard Devin Booker is putting up over 25 points per game and big man Deandre Ayton is averaging a double-double, but the Suns will only go as far as Chris Paul will take them. The Phoenix point guard leads the NBA in assists at 10.7 per game, but recently fractured his right thumb and is expected to miss six-to-eight weeks. The Suns’ championship odds haven’t been impacted that much since Paul is expected back for the start of the playoffs, but those odds could begin to shift if Phoenix struggles down the stretch.

The team that began the year as the betting favorite to win this year’s NBA championship has seen their betting odds rise considerably as they struggled on the court. The Nets recently endured an embarrassing 11-game losing streak, but the team still has the pieces in place to make a serious run in the playoffs. The newly-acquired Ben Simmons is nearing his Brooklyn debut and his pass-first style of play could be a good fit now that he’s playing with Durant and Irving. Not to be lost in that Simmons trade was the acquisition of sharpshooter Seth Curry. The younger Curry brother is shooting 41% from beyond the arc and adds another scoring threat for the Nets. The recent shift in Brooklyn’s championship odds could deliver some great betting value if they manage to put it all together come playoff time.

Speaking of betting value, the Bucks are currently available at +700 on Bovada Sportsbook to claim the 2022 NBA title. Despite being defending NBA champions, Milwaukee continues to be an afterthought for many NBA odds makers. The Bucks started the season slow and still trail the surprising Bulls and Cavs in the Central Division standings, but you can be sure nobody will want to face them once the playoffs begin. With the unstoppable force that is Giannis Antetokounmpo, the Bucks will always be considered a contender to win it all. Jrue Holiday and Khris Middleton round out Milwaukee’s big three and their health is critical for the team’s success. The Bucks also have much better support this year with players like Grayson Allen and the recently acquired Serge Ibaka providing additional depth.

No team has taken a bigger step forward in the NBA futures market than the Philadelphia 76ers after acquiring James Harden. The 76ers already have a legit MVP-candidate in Joel Embiid and the team’s potential is through the roof with the addition of Harden. Although Philly had to give up quite a bit to land the star shooting guard, only Seth Curry was part of the current rotation. By trading draft picks and the inactive Ben Simmons, the 76ers lose very little from their current roster while being able to add a significant contributor in Harden. All of this tells betting experts that Philly is invested in winning now and wants to take a serious run at an NBA title. You may want to consider betting on this team now before their championship payout odds continue to shrink.

Bet On The NBA Championship Now!

Another popular bet on the NBA futures market is the 2022 NBA MVP Award. Players battle night in and night out for their teams and this award recognizes the very best player in the league over the course of a full regular season. The betting odds for this year’s award has seen quite a bit of movement over recent weeks, so let’s review the current favorites to be named 2022 MVP.

While Warriors point guard Steph Curry was the favorite to win this award last month, his recent shooting struggles have allowed 76ers center Joel Embiid to surpass him as the betting favorite to win NBA MVP.  The seven-footer leads the NBA scoring race at 29.6 points per game, while also putting up averages of 11.2 rebounds and 4.5 assists a night. More importantly, Embiid has led Philadelphia to first in the Atlantic Division and just 2.5 games back of top spot in the east. If the big man can mesh well with new teammate James Harden, it can only boost his odds of winning MVP. His current betting odds may not offer a massive return, but Embiid is currently the best bet to win this award.

Last year’s NBA MVP Award winner would love to claim the prestigious title in back-to-back seasons and has given himself a chance to do just that with his recent play. The Denver Nuggets may only be sixth in the Western Conference but Jokic continues to fill the stat sheet on a nightly basis with 26 points, 13.8 rebounds and 7.9 assists per game. The Nuggets center also leads the league in Player Efficiency Rating (PER), which many experts use to get an accurate overview of a player’s complete performance. It’s always tougher for a player to win the NBA MVP Award in consecutive season, but Jokic’s stellar play has made it a real possibility.

Having already won the NBA MVP Award in 2019 and 2020, the Greek Freak knows what it takes to get the job done. Giannis is second in NBA scoring at 29.4 points per game while also contributing 11 rebounds and 6 assists per contest. The Bucks power forward is also second in NBA Player Efficiency Rating, trailing only Jokic. Antetokounmpo’s current betting odds to win the NBA MVP award offer solid betting value, since nobody would be surprised to see him turn it on down the stretch. If Giannis can guide his team to first in the division and back up the Eastern Conference standings, it just may be enough to earn the third NBA MVP Award of his young career.

Bet On The NBA MVP Now!

Bovada Sportsbook offers a huge variety of NBA betting markets; spreads, props, futures and much more. If you need any NBA betting tips or help, then be sure to head on over to our NBA betting guide. Perhaps you are looking to bet on more than just the NBA action? With the upcoming NCAA Men’s Basketball Tournament, you may want to take a look at all of our March Madness odds.