Sports > Basketball > NBA > 10 Celebrities Who Could Play in The NBA

10 Celebrities Who Could Play in The NBA 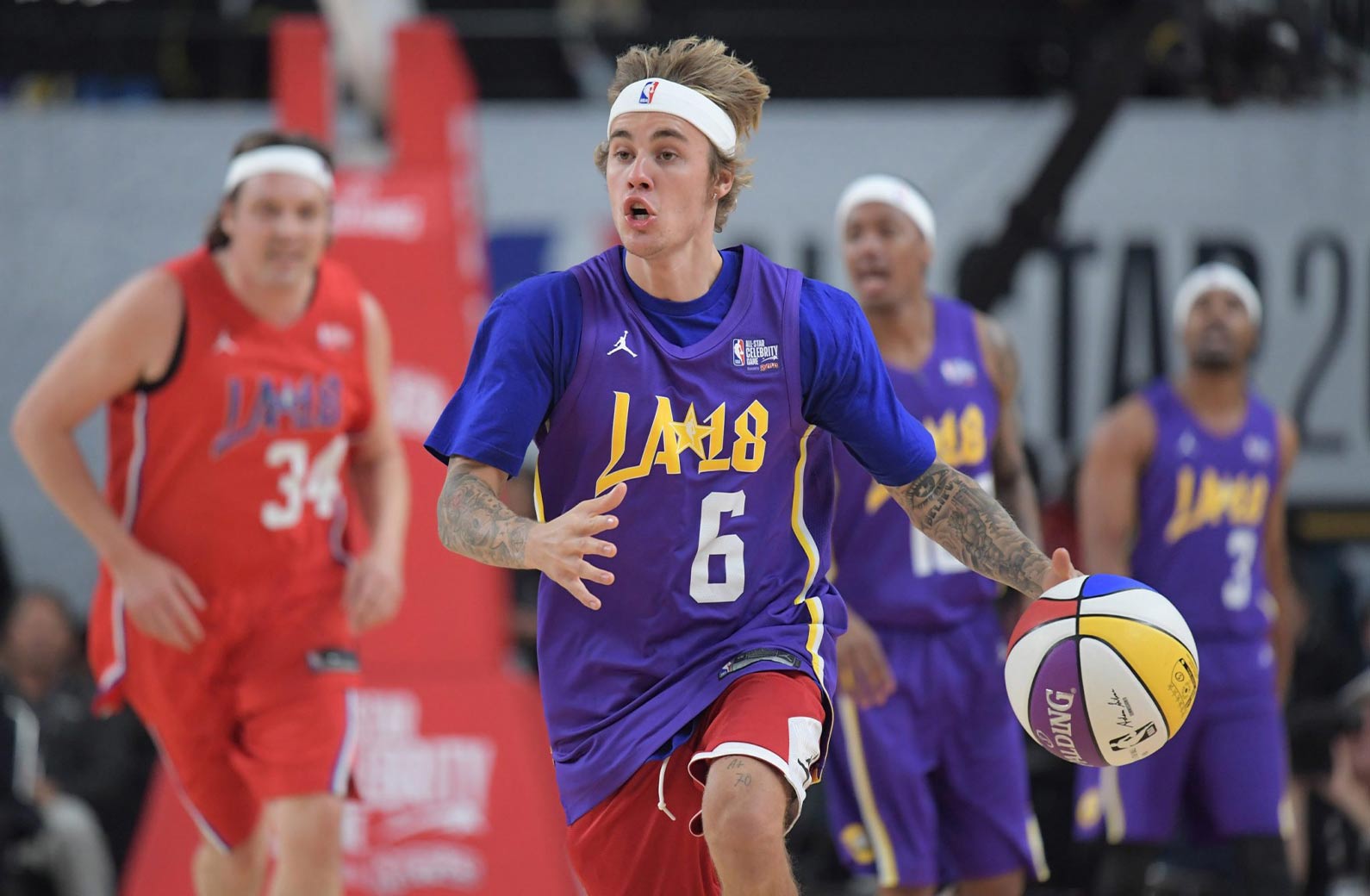 From flashy courtside appearances to the annual All-Star Celebrity Game, the NBA attracts some of the biggest names in music and entertainment. There are tons of celebrity NBA fans and there’s even a few that can hold their own on the basketball court. After reviewing all of the best celebrity hoopers today, we’ve put together a list of the top 10 famous people who could play in the NBA. While we realize that none of these stars could actually make it in the NBA, most of the celebrities on this list have shown some real basketball talent.

With a state-of-the-art basketball court at his Toronto mansion and endless clips of the rap star shooting hoops on social media, it’s no secret that Drake loves the game of basketball. In fact, he’s technically been employed in the NBA since 2013 as the official Global Ambassador for the Toronto Raptors. Drake’s game has come a long way over the years and you can be sure his fans would love to see him on an NBA court.

You may know him as a soccer coach on the hit show “Ted Lasso”, but Hollywood celebrity Jason Sudeikis is actually quite the basketball player. After excelling at the high school level, Sudeikis was even offered a scholar to play basketball at Fort Scott Community College in Kansas but turned the offer down to pursue a career in acting.

Long before he dominated the music industry, 2 Chainz was starring as a high school basketball player back at Georgia’s North Clayton High. Standing 6’5” by his senior year, this celebrity was recruited by several Division I college basketball programs and ended up playing a season at Alabama State before moving on to the rap game.

As the only celebrity on this list without any known basketball experience, we’re pretty sure The Great Khali could make the NBA based on his size alone. The famous WWE wrestler hails from India, measures 7’3” and weighs a massive 420 pounds. Good luck trying to box him out of the paint or get a rebound over him in a basketball game.

This Hollywood movie star has been spotted at pickup games for years and has earned some high praise for his skills on the court. Already known for collaborating with NBA players in movies like Uncut Gems and Hustle, it’s not hard to picture a young Adam Sandler running the point for an NBA team.

Lots of rappers think they can play in the NBA, but Master P is the only one to make it happen. The 90s rapper actually had two separate stints in the NBA, playing with the Charlotte Hornets during the 1998 preseason and with the Toronto Raptors in the 1999 preseason. Although both teams cut him before the regular season, he’s the only celebrity on this list with legitimate NBA experience.

This pop superstar may be a huge hockey fan but he’s also been known to ball out on the basketball court from time to time. The singer-songwriter has played in multiple NBA All-Star Celebrity Games, winning the game’s MVP award back in 2011. Bieber has shown some solid ball handling skills over the years and even made an appearance in the NBA 2K13 video game.

Arguably the best celebrity basketball player today, Quavo was a lock to make this list. The popular recording artist has been seen dominating pickup games for years now and took home the MVP Award at the 2018 NBA All-Star Celebrity Game after putting up 19 points on an impressive 7/10 shooting from the floor. Quavo’s not shy about his love for the game and would fit in well on an NBA roster.

Being tall is not a mandatory requirement to play in the NBA, but it certainly helps. Standing 6’4”, Hollywood actor Jason Segal certainly has the height needed to play in the NBA. The How I Met Your Mother star played basketball in high school with future NBA player Jason Collins and even won a slam-dunk contest, earning him the nickname ‘Dr. Dunk’.