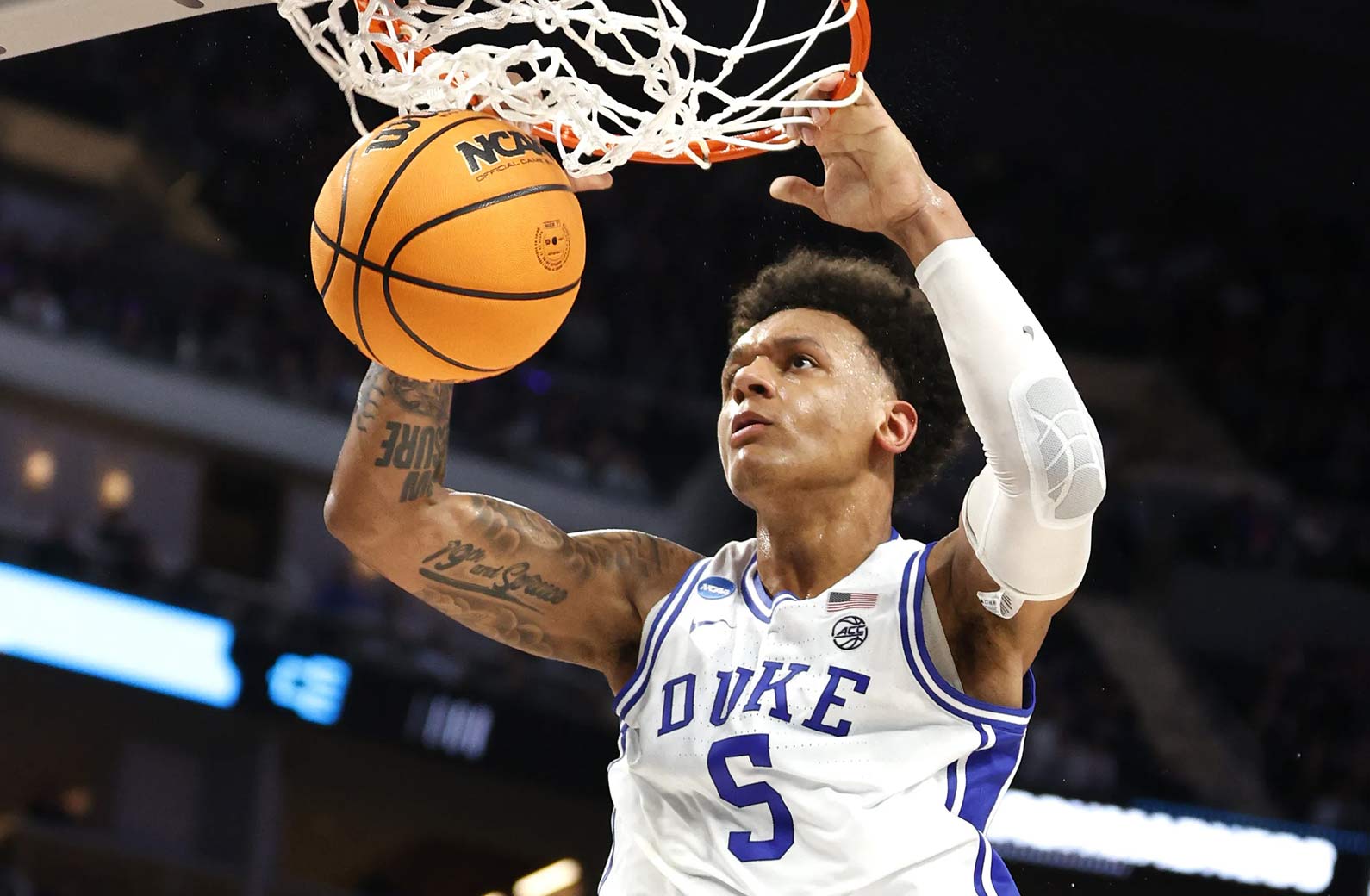 NBA fans are counting down the days until the basketball season kicks into action. Once the preseason is done and dusted, the real business will begin, and on October 18, things will get going.

There are, of course, several exciting names ready to play – names like Steph Curry, LeBron, and Giannis Antetokounmpo. But every year a new crop of players step onto the court, and among them will be several stars, waiting to become household names. Which NBA rookies should you be keeping an eye out for as the season starts? We’ve listed the 10 hottest prospects below.

Duren is the first of two Pistons players on this list, which should give Detroit fans some cause for hope after finishing rock bottom of their division last season. Duren is the youngest in the draft, but has huge potential, with many predicting he could become a top two-way center. He’s great at finishing, as he proved in the Summer League, but there are several aspects of his game that still need polishing. If he can learn from the veterans on the Pistons roster, Duren could find himself in the mix this season.

A big combo guard, Dyson spent time in the NBA G-League last season, so already has some professional experience, which should help him adapt to the rigors of the NBA. While hopes are that he develops into a combo guard, he’s more likely to spend time at point guard in the upcoming season, alongside CJ McCollum. It’ll be seriously tough for Daniels to become a regular starter, thanks to the Pelicans’ strong squad which has hopes of a deep playoff run, but expect to see serious development and some decent performances when given the chance.

Sharpe is an exceptional talent and fans of the Trail Blazers will be stoked to have him, but no college basketball means that he’s going to need to learn fast. He didn’t even get time in the Summer League, thanks to an injury. Sharpe probably won’t get too much time to shine this season, so why is he included in this list? Well, if he does get the chance, his raw talent could surprise everyone, and he could be given extended playing time if the Trail Blazers’ season finishes early and they decide to take a long look at their new shooting guard.

Next up in our list of the top NBA rookies for this season is Johnny Davis of the Wizards. He was an All-American first team player last season and threw down some impressive stats and would have been higher on this list if he hadn’t been so poor in the Summer League. Despite this, the Wizards should give Davis a decent chance, thanks to their lack of depth in the backcourt, and if he gets up to speed with the pace of the league, there’s no doubt that he can be one of the most exciting rookies of the season.

The Jazz will be going through a rebuilding process this season, and rookie Walker Kessler has a decent chance to become a regular part of their plans. The center was traded for by the Jazz as part of the Rudy Gobert deal, so the Jazz clearly see some serious potential in him. He is an exceptional shot blocker, with his 4.6 BPG last season emphasizing that fact. As with the previous names on this list, Kessler won’t be playing every minute of every game, but he should prove to be a solid addition to the Jazz’s defense.

Now we get to the really exciting rookies – the players who fantasy managers should definitely be considering adding to their teams. Jaden Ivey of the Pistons is almost certainly the best guard in his class and should slot straight into the Detroit team next to Cade Cunningham. Expect to see serious pace from the rookie, which should excite the Detroit crowd, plus he has a great off-the-dribble-game. What’s more, he’s working on solidifying his 3-pointers – nail those and Ivey could be the stand-out rookie of the season.

Next up, we have Bennedict Mathurin, and if the Summer League is anything to go by, the Pacers have grabbed themselves a star. He looked immediately comfortable at pro level and will form a vital part of the Pacers’ rebuild. Mathurin already looks to have developed a great partnership with Chris Duarte, which should be very exciting for Pacers fans to see. However, he’ll need to rely on teammates to create for him, as creating off the dribble isn’t a strong aspect of his. Get it to him around the rim and he should thrive.

In bronze position on our list of this season’s most exciting rookies is Jabari Smith Jr., the best downtown shooter in this year’s draft. Smith should start as first-choice power forward for the Rockets, and if he can work on his defensive game, will be a force to be reckoned with. On offense, he’ll hope to excel as a 3-point specialist, although he also has the ability to thrive around the rim. Much will depend on how well he gels with Jalen Green and Kevin Porter, although Smith’s ability is such that he can probably function effectively without their help.

In second place comes Keegan Murray of the Sacramento Kings – a combo forward with a strong 3-pointer who could well transition more into a power forward as the season progresses. His performances over the summer showed that he can be a prolific scorer, although with the likes of Fox, Barnes, and Sabonis on his team, will he get the chance to notch up large volumes of points on a regular basis?

At the top of our list is the rookie most predict will make the biggest impact in the upcoming season. Paolo Banchero was the number one overall pick and showed in the Summer League that he has the size and skill to notch up points and control the frontcourt. However, people might have to dampen their expectations slightly, as the Orlando team is a poor one, and he won’t be able to shoulder the burden on his own. Still, he’s predicted to have 20 PPG in the upcoming season – more than any other rookie in the NBA.

Are you looking forward to the upcoming NBA season? If so, why not head over to Bovada and check out all of the NBA odds available. There are tons of markets you can discover including futures, props, spreads and more. To begin NBA betting, make sure you sign up to Bovada Sportsbook today and claim your crypto sports welcome bonus. Once signed up, you can enjoy betting on basketball, football, baseball and tons of other sports. Additionally, you will also be able to begin playing at Bovada Casino. So, while watching the NBA, you can win real money playing Hot Drop Jackpots, online slots and online blackjack.