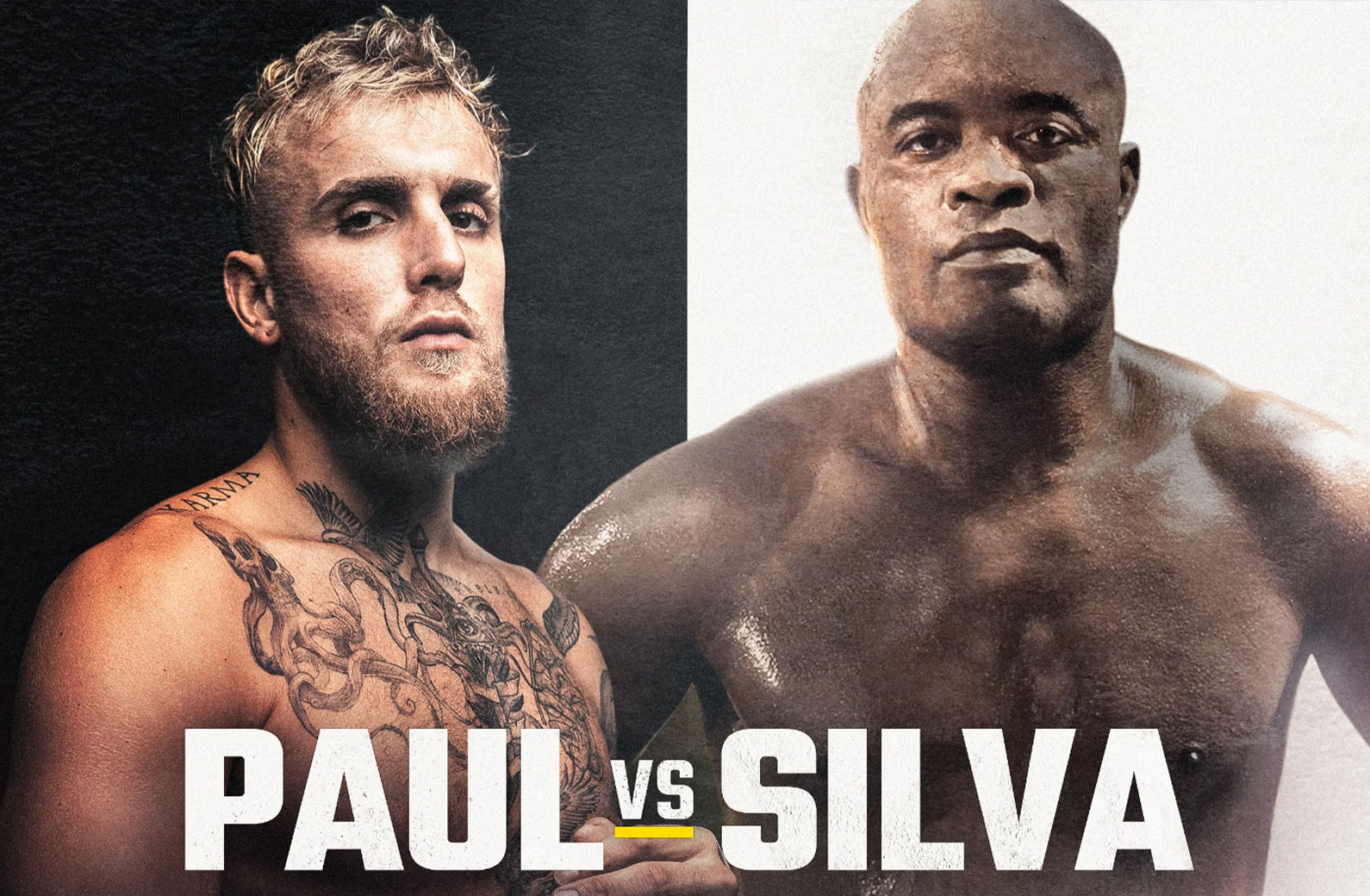 Bovada welcomes back our guest pundit, Natasha Turkington. This week, Natasha weighs in on the trio of bouts taking place this weekend in Arizona. You can follow Natasha on Twitter at @natashaturk

Can “The Problem Child” Catch A “Spider”?

Love it or loathe it, the trend of celebrities, online influencers, and ex-pro boxers colliding with MMA/UFC stars in the boxing ring is here to stay. The purist boxing fans amongst us refuse to budge from “there is no place for these match-ups in ‘real’ boxing”.

However the viewing figures and PPV dollars suggest otherwise. Jake Paul’s fight against Ben Askren was reportedly watched by 1.3million people (although this has since been widely debated as untrue).

This coming Saturday night at Arizona’s Desert Diamond Arena, YouTuber and podcaster Jake “The Problem Child” Paul is set to face one of UFC’s greatest ever fighters, Anderson “The Spider” Silva over 8 rounds of professional boxing.

There will be millennials out there who think the phenomenon of professional boxers (and YouTubers) getting in the ring with MMA athletes is a new thing, but these duals have been around for decades.

Muhammad Ali famously fought Antonio Inoki, a Japanese martial artist/wrestler in 1976. The fight ended in a draw after the judge’s split decision left the referee to make the final call. And of course, more recently Floyd Mayweather and Conor McGregor went to ‘battle’ in 2017 (although none of the above were Youtubers).

The experts (and by experts, I mean the internet) say an MMA fighter is more likely to win against a boxer in the early rounds of a fight, hoping for a knockout based on their experience of striking. The boxer is more likely to win the fight in the later rounds by using the science behind boxing, head movement to avoid punches, slick combinations and fast feet to work the ring to its maximum potential.

There has been the usual entertaining trash talk back and forth between the pair. Jake Paul posted a video claiming he will destroy the ‘itsy bitsy spider’ and Anderson Silva responded by insisting beating Jake Paul will be ‘easier than lightwork’.

For me, the interesting angle of a remarkably successful YouTuber turning to boxing, and one of the world’s greats trading in the octogen for the boxing ring is that neither of these fighters is doing this for the payday (although I am sure they wouldn’t do it for free).

Both men are already financially secure for life and then some. Both, they say, have chosen to go into boxing out of a sheer passion for the sport, for the challenge and to be the best at something others have said would be impossible to achieve.

That, right there, is what makes this a potentially fantastic fight on Saturday night.

However, many fans are suggesting a fight on the undercard is the one they’re paying to tune in to. Ex-NFL and All-Pro running back, Le’Veon Bell goes up against recently retired UFC star Uriah Hall.

This will be Bell’s debut boxing match following an exhibition display that saw him decimate fellow ex-running back Adrian Peterson in a 5th round KO.

Le’Veon Bell has been quoted as dismissing Uriah Hall as ‘just a UFC fighter and probably not athletic’ whereas Hall fans and his camp describe him as a freak of an athlete with 17 years of MMA and black belt experience. Bell could very well be in for a difficult night against the heavily backed Hall who is favorite to win.

Another fighter I recommend keeping an eye out for is 18 year old prospect, Ashton Sylve from California. He comes with a record of 7 wins, 7 by way of TKO or KO.

Most Valuable Player Promotions host Saturday night’s glitzy event with many celebrities and sports stars set to attend, so I wonder who their money will be on. I am backing The Problem Child, how could I not? The nickname is relatable. How about you? More of a spider lover?

Either way, it should be a great night.

Round Betting – 2 Round Groups

When Will the Fight End?