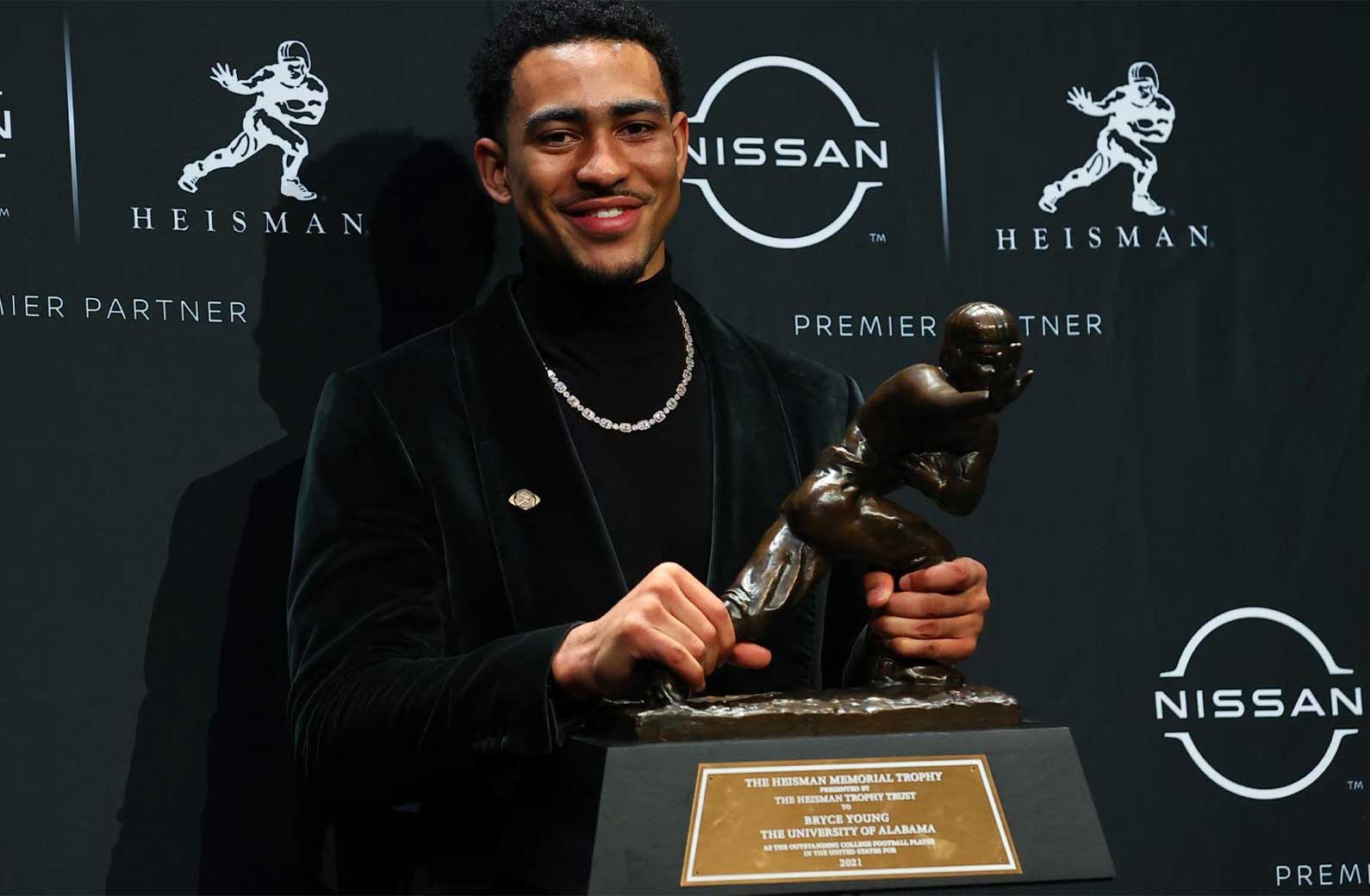 Quarterbacks tend to get the most Heisman consideration, with players like Alabama’s Bryce Young and Ohio State’s C.J. Stroud getting weekly media attention. In fact, 18 of the last 22 Heisman Trophies have been awarded to the quarterback position. While running backs and wide receivers have won the award in recent years, it’s clear that quarterbacks usually have the inside track on this award.

Personal statistics go a long way in measuring the most outstanding player in college football, but team success plays an equally large role in determining the nominees for the Heisman Trophy. This means that you should factor in the player’s overall team when betting on him to win the Heisman. Looking at the most successful programs in the award’s history, Notre Dame, Ohio State and Oklahoma lead the way with seven Heisman Trophy winners each. USC is next with six (plus Reggie Bush’s vacated Heisman) and Alabama follows with four Heisman winners.

With the NCAAF season just a few weeks away, let’s take a look at the top betting favorites to win the 2022 Heisman Trophy. Bovada Sportsbook has 2022 Heisman Trophy odds available on dozens of players, but we’ve narrowed it down to the top five contenders to win this major award.

Few people considered Dillon Gabriel a Heisman Trophy contender during his three season as quarterback at UCF, but that has clearly changed after transferring to Oklahoma. Now entrenched as the Sooners starting quarterback in 2022, the junior looked great in camp and is a major reason why Oklahoma is the current betting favorite to win the Big 12. Keep in mind that playing quarterback for the Sooners is a huge opportunity for Gabriel as Oklahoma QBs have won 4 of the last 19 Heisman Trophy awards, including back-to-back winners in 2017 and 2018 (with Baker Mayfield and Kyler Murray), respectively.

The best part about betting on a non-QB to win the Heisman Trophy is that you can get some huge betting odds on a very talented player. This is exactly the case with Bijan Robinson, a skilled running back for Texas. Robinson is coming off a 1,127-yard season with 11 TDs and a solid 5.8 yards per carry, giving Longhorns fans a reason to get excited for the 2022 NCAAF season. The junior was already named a preseason first-team All-American and has the best Heisman Trophy odds of any running back in the country.

The transfer portal is having a noticeable impact on the NCAA, as this is the second player on our list to have recently changed programs. Following a strong freshmen season at Oklahoma, quarterback Caleb Williams was lured to California and the USC Trojans. This program may not be the powerhouse it once was, but Williams will have plenty of talented pieces to work with on offense. Having already made a case for the Heisman Trophy in his first-ever season of college football at Oklahoma, don’t be surprised if Williams gets the job done in 2022 at USC.

Despite being one of the most dominant programs in all of college football, no Alabama quarterback had ever won the Heisman Trophy until Bryce Young accomplished the feat last year. Entering this season as the defending Heisman Trophy winner, Young will look to join Ohio State running back Archie Griffin (1974, 1975) as the only players to ever win the award twice. Playing quarterback for the top ranked team in the nation and leading an offense filled with NFL-level talent, it’s clear to see why the Crimson Tide QB is one of the top betting favorites to win the Heisman in 2022.

As the current Heisman Trophy betting favorite heading into this season, expectations are high for Ohio State quarterback C.J. Stroud. The Buckeyes passer was in the running for this award most of last year, throwing for 4,435 yards with 44 touchdown passes and just 6 interceptions. Stud receivers Garrett Wilson and Chris Olave have gone to the NFL, but Stroud still has several standout players to work with including Jaxon Smith-Njigba and Marvin Harrison Jr. While his betting odds offer a modest return, Stroud is looking like one of the best bets to take home this year’s Heisman Trophy.

That covers the top 2022 Heisman Trophy odds at Bovada Sportsbook. Who do you think will win the 2022 Heisman Trophy? Back your choice and win real money at Bovada by heading over to the NCAAF odds page. So you can place your bet, you will first need to sign up! Once you create an account, be sure to claim your sports welcome bonus. Then, you can start enjoying online sports betting across all your favorite sports. Also, you will be able to start winning real money by playing at Bovada’s online casino. There’s tons of online casino games you can play, including Hot Drop Jackpots, online blackjack and online slots.