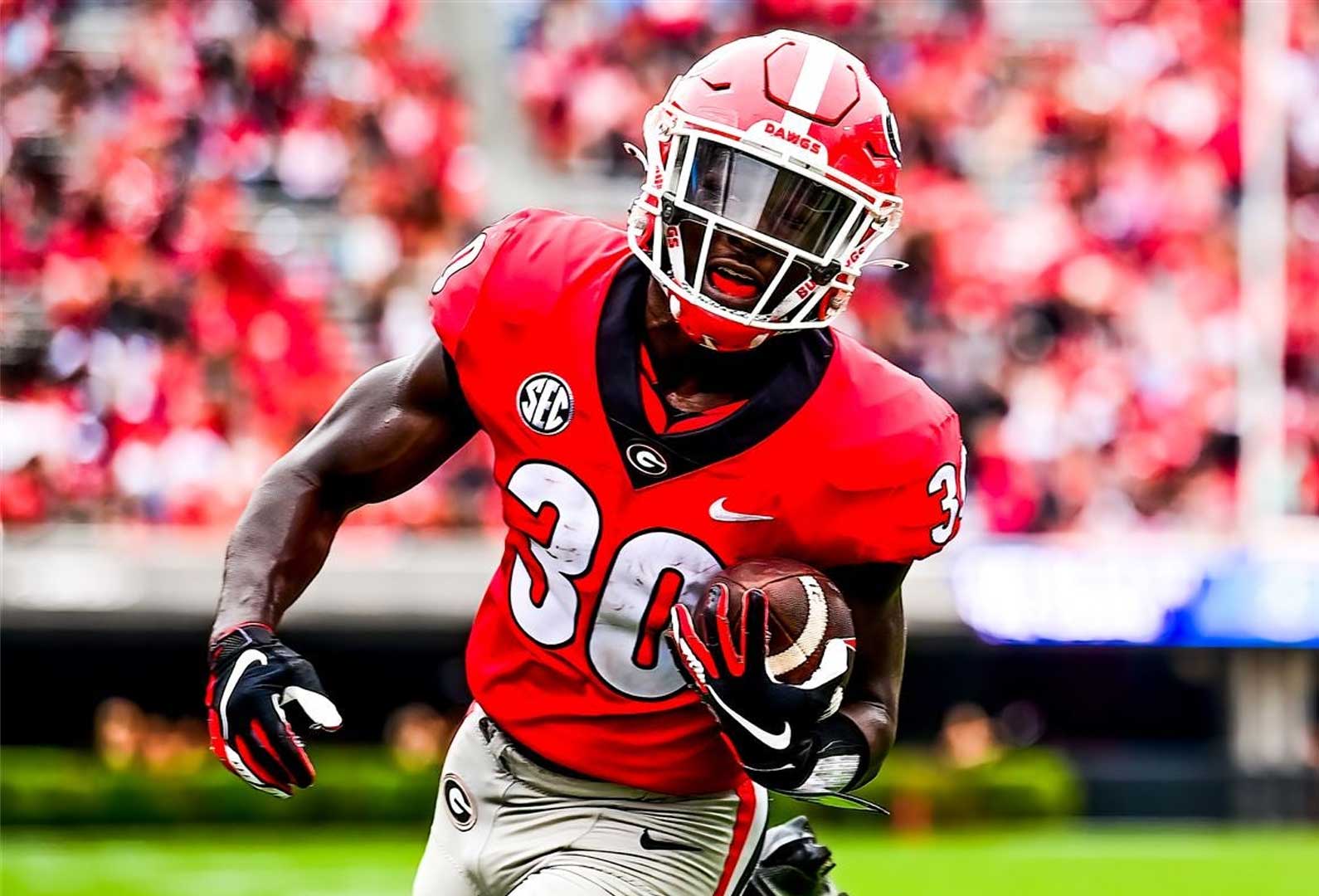 After Week 6, there has been a shake-up in the AP NCAAF top 10 rankings, with a new team sitting atop the pile. Let’s take a look at the NCAAF top 10 teams going into Week 7, to give you some ideas about how to bet on college football in the coming week.

In tenth place we have Penn State, which retains its position from Week 6. They now sit on 974 points and have a 5-0 record, following their recent 17-7 defeat of Northwestern. Coming off a bye week, QB Sean Clifford looks healthy and ready to take the field on Saturday for the highly anticipated Big 10 showdown against Michigan at The Big House, where the Wolverines haven’t lost since the finale of the 2020 season. Penn State go into the game as 6.5-point underdogs, with the bookies predicting a high-scoring game.

Next up is Ole Miss, who sit unmoved in ninth place with 1,061 points and a 6-0 record. This comes after a thumping victory over Vanderbilt, which saw Ole Miss QB Jaxson Dart throw for 448 yards and three touchdowns. They now look forward to visiting Auburn, who are coming into the game following a 21-17 loss to LSU. It’s a game Ole Miss fans will expect their team to win, with Auburn currently struggling, sitting at 3-3 and coming off a 42-10 loss to Georgia. Ole Miss go into the game as huge 14.5-point favorites.

Now we come to Oklahoma State, who sit in eighth place in the AP NCAAF top 10 rankings with a record of 5-0 and 1,150 points. This is a drop of one place, despite their recent 41-31 victory over Texas Tech. This match-up hinged on the Cowboys QB Spencer Sanders, who threw for 297 yards, and also rushed for two touchdowns. They next host TCU, who are also 5-0 and currently sit just outside the NCAAF top 10. Despite their higher ranking, Oklahoma State go into the game as 4-point underdogs.

USC are next in the AP NCAAF top 10 rankings, dropping one place from last week, and have 1,214 points and a 6-0 record. They come into the game following a 30-14 victory over Washington State, which saw Caleb Williams notch up 188 yards and two touchdowns. Tuli Tuipulotu anchored the defense with three sacks and four tackles. Next up for USC is 20th ranked Utah, who are 4-2 and most recently fell to a 42-32 loss to UCLA, who just missed the top 10 in this week’s rankings. USC go into the game as 3-point underdogs.

Tennessee take sixth spot in the rankings this week, jumping two places and boasting 1,232 points and a 5-0 record. Their last outing saw them defeat LSU 40-13, with Hendon Hooker notching up 239 yards and Jabari Small scoring two touchdowns and contributing 127 rushing yards. However, their pass defense was something of a worry, as they gave up 300 yards in the air. Now Tennessee head to third-placed Alabama for one of the matches of the week, with Alabama being 7-point favorites ahead of the game.

Michigan sit in fifth place, a one place drop from their position last week, and have 1,319 points and a 6-0 record. They come into the week following a decisive 31-10 win over Indiana. J.J. McCarthy threw for an impressive 304 yards and Cornelius Johnson notched up two touchdowns, while the defense held Indiana to just 222 total yards. Now the Wolverines host Penn State in a tasty encounter, with Penn State also featuring in the NCAAF top 10 list. Going into the game, Michigan are favorites by 6.5 points.

Clemson take the fourth spot on this week’s list – an improvement of one place over last week – and currently have 1,348 points and a 6-0 record. Their last outing saw them demolish Boston College 31-3, with five players sharing the team’s five touchdowns. The Clemson defense completely shut down the Boston rush, allowing just 34 rushing yards, plus they only allowed 3.5 yards per play. Clemson now head to Florida State, who have a 4-2 record and recently lost 19-17 to Florida State. Clemson are 3.5-point favorites for the game.

Alabama saw a two-place drop this week, falling from first to third. They’ve managed to collect 1,489 points this season and have a 6-0 record. Their most recent encounter saw them narrowly defeat Texas A&M 24-20, with 288 rushing yards on the day. Their ground attack was spearheaded by Jahmyr Gibbs, who had an impressive 154-yard day, while Jalen Milroe was quiet, notching up just 111 passing yards. The Crimson Tide now head to 6th ranked Tennesse, who most recently beat Florida 38-33. Alabama go into the game as 7-point favorites.

Rising one place to second this week is Ohio State, who currently have 1,507 points and a 6-0 record. Their most recent game saw them defeat Michigan State 49-20, with their crushing win coming on the back of 614 total yards, with CJ Stroud throwing for 361 yards. Marvin Harrison Jr. was also a star, scoring three touchdowns. Now the Buckeyes, fresh from a bye week, host Iowa, with the Hawkeyes sitting at 3-3 following a 9-6 loss to the Fighting Illini. Ohio State are around 20.5-point favorites going into the game.

Moving into top position this week are Georgia, who jump one place from last week and currently sit with 1,535 points and a 6-0 record. They took top spot after an impressive 42-10 victory over Auburn, which saw Daijun Edwards rushing for three touchdowns. Three other touchdowns came via the rushing game, without a single touchdown coming through the air. The reigning champions now host Vanderbilt, after the Commodores fell to a 52-28 loss to Ole Miss last week. Georgia go into the game as giant 38-point favorites.

Do any of this week’s upcoming matchups look like good bets? If so, make your way over to Bovada and place your wagers today. To get started with college football betting, sign up to Bovada today and head on over to our NCAAF odds. Not only can you find college football odds, you can also find NFL odds, NBA odds, MLB odds and more. Alongside online sports betting, once signed up to Bovada you can also enjoy our online casino. You will find tons of games to indulge in, including Hot Drop Jackpots, online blackjack, online roulette and more!