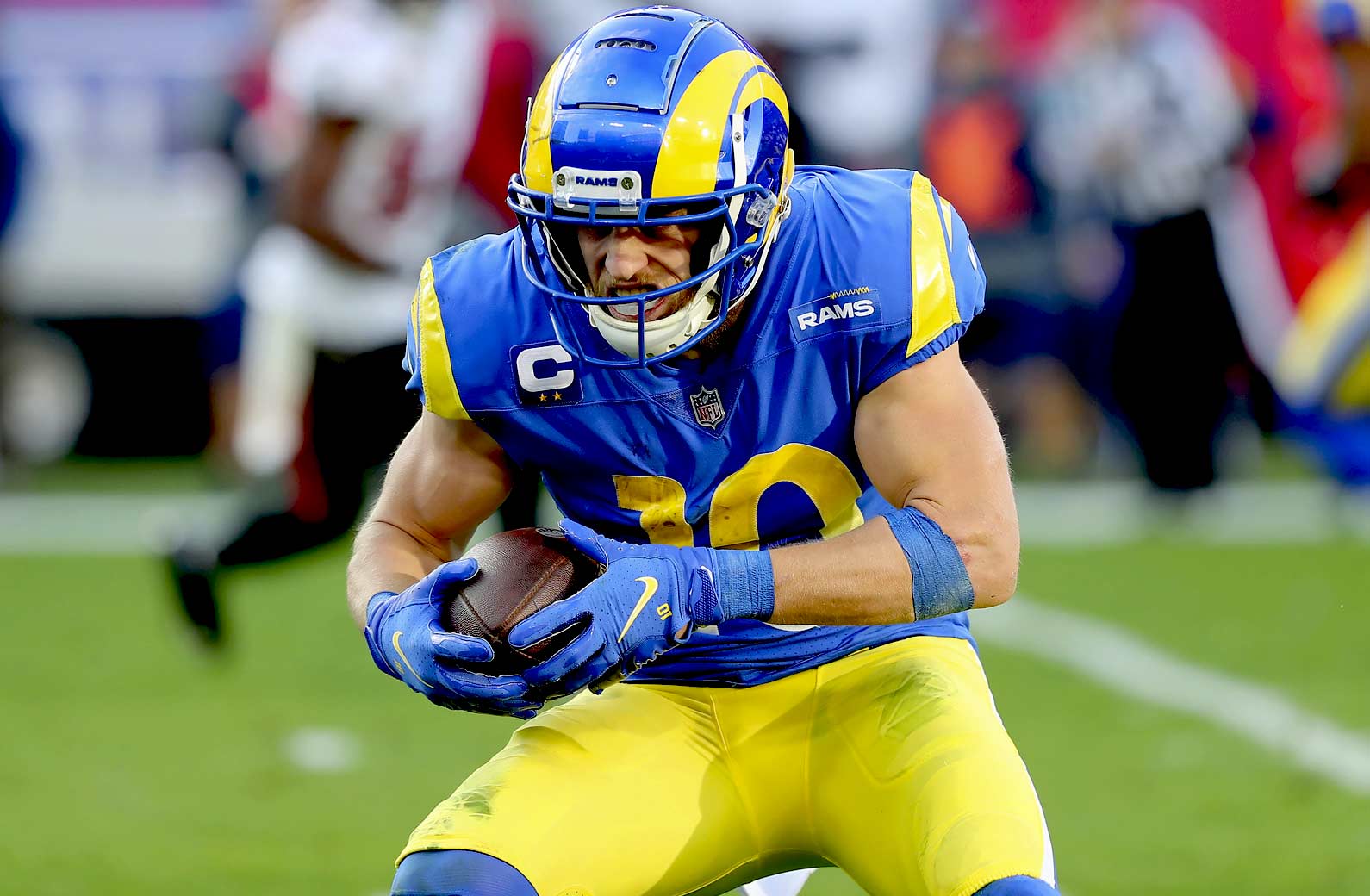 Betting on the NFL has never been this big; the league has grown by leaps and bounds since the internet – and Bovada – brought sports betting to the masses. It’s a lot more fun to watch the game when you’ve got something riding on it, even if it’s just a few dollars. It’s even more fun when you win and that’s why Bovada Sportsbook is giving you our top 10 NFL betting tips.

1. Size Your Bets to Fit Your Bankroll

Betting on the NFL is just like any other investment – you should never put all your eggs in one basket. No matter how good you are at this, your “straight” bets (point spread, moneyline, total) are only going to be right slightly more than half the time. That’s enough to make a profit in the long run, but if you stake it all on one game and lose, there goes your bankroll.

To prevent this, split your bankroll into a certain number of units – 100 is a good starting point for beginners – and place exactly one unit for each wager. As your bankroll goes up or down, so should your bet size.

Most bettors in the marketplace are focused on statistics like passing/running yards per game. These are useful numbers, but they only tell part of the story – and sometimes they can be deceptive. Efficiency-based stats put those raw numbers in context, giving you a better indication of how each team and each player is actually performing.

Advanced NFL statistics are freely available on the internet from several reliable sources. You can also get gambling-specific stats, showing how each team has performed against the spread/total in various situations. Use it to your advantage.

Most of the talking heads on TV these days are there to make a lot of noise and get you emotionally invested in the sport. They’re the ones that set the conversation, and most football fans end up parroting those ill-formed opinions.

Don’t be one of these people. Bad information leads to bad bets. Seek out the commentators who actually have something intelligent to say about the NFL. But don’t completely tune out the talking heads – it’s good to know what the dialogue is in the marketplace.

Football is a physical sport, no doubt about it. Injuries are becoming more commonplace and more disruptive to the teams that suffer them. There’s usually quite a downgrade from a first-string player to a back-up, but not always; sometimes the substitute is actually better. The more you know the players, the more you’ll be able to adjust your expectations when injuries happen.

Understanding the impact of different injuries is also important. Players with hamstring or groin injuries often try to play through them, only to see their performances go downhill. When they do finally hit the injured list, they often stay there longer than expected. Treat them accordingly when you do your pre-wager evaluations.

5. Understand the Relative Importance of Positions

This goes hand-in-hand with No. 4 on our list of NFL betting tips. The quarterback is by far the most important player on the field; you should spend more time learning about them, including second- and third-stringers, compared to any other position on the field.

Running backs and receivers are important, too, but not quite as important as casual fans believe. Instead, it’s the offensive linemen – mainly the centers and left tackles protecting the quarterbacks – that deserve close attention. These players are almost anonymous to the public, but it’s no accident they get drafted so high every year.

In the same vein, fullbacks (the few that still exist) and blocking tight ends require some extra study. On defense, focus on the safeties and middle linebackers first, then the defensive ends leading the pass rush. Cornerbacks and outside linebackers are less important because they’re playing on the outskirts.

Don’t ignore special teams, either. Kickers have become punching bags over the past 20-30 years, but they’re important, as are punters, returners and cover teams. While they’re not as important as the other players, they’re also the ones that get ignored the most, so there’s a knowledge gap there for you to exploit.

What if we told you that none of these players is as important as the head coach? That’s pretty much the case in the NFL – although the combination of head coach and quarterback might be the best way to think about the game in a nutshell. Look at successful “regimes” of the past, like the Bill Belichick-Tom Brady regime with the New England Patriots, and you’ll see what we’re talking about.

While you’re at it, spend some time getting to know the offensive and defensive coordinators, especially if they’re the ones calling the plays for their respective units instead of the head coach. There’s a big difference in quality among all these coaches across the league, but again, casual fans don’t typically pay attention when they place their bets.

7. Get Value from Small-Market Teams

Speaking of not paying attention, there’s a lot of value to be had betting on good teams that aren’t part of the national NFL conversation. Part of this is the infamous “East Coast” bias, where most of the media attention gets swallowed up by the teams in the Eastern Time Zone. There’s a reason the Seattle Seahawks were such a powerhouse ATS (Against The Spread) team for most of the 2010s, and it wasn’t just the Pete Carroll-Russell Wilson regime.

These are by far the best times during the season to bet on the NFL. This is when the knowledge gap between you and the competition is at its widest; people are still figuring things out during the preseason, and once the postseason rolls around, the market gets flooded by casual bettors who weren’t paying attention during the regular season. That flood grows more intense as you get further into the playoffs, with the Super Bowl providing you the most betting value of any game.

9. Bet As Early (or Late) as Possible

This might be the most important of our NFL betting tips. During the season, the lines for each game will be posted very early in the week, often the Sunday prior to the game. Sharp bettors will jump on those opening lines while they’re still soft. As more bettors come in during the week, the lines adjust and get tighter.

There’s one exception to this rule: Sometimes a “public” team will draw a rush of bettors during the weekend of the game, moving the line and making their opponents the value pick just before game time. This was easier to take advantage of when almost everyone was working Monday to Friday, 9 to 5, but it’s still worth considering.

So you’ve done all your homework, you’ve placed a sharp bet – and it loses. No big deal. As we said before, your straight bets are only going to be right about half the time in the long run, even if you’re really good at this. Don’t take it personally if your team “lets you down.” A single loss won’t ruin your bankroll, since you’ve wisely divided it up into units, so don’t let it ruin your day.

Just to emphasize this, remember that you’re usually paying –110 juice for a standard straight bet at Bovada Sportsbook. That means you’re betting $110 to win $100 (or any multiple thereof), which means you need to be right 52.38% of the time to break even. If you can make it to 53%, you’ll be profitable in the long run. Maybe, just maybe, you can bump that success rate up to 54% if you become an expert. Temper your expectations accordingly, think about the long term, and you’ll put yourself in the best position to succeed.

That’s our top 10 NFL betting tips for building a bankroll at Bovada Sportsbook. We’ll leave you with this very important bonus tip: Sports betting really should be done for entertainment first and foremost. If you’re one of the handful of people capable enough to make a profit betting on the NFL, chances are you’re also capable enough to make a lot more money doing something much easier. Will that something be more fun than betting on the NFL? Highly doubtful. Bet accordingly, and enjoy the games.

You find all of the latest NFL odds at Bovada Sportsbook, all year round. Whether you are looking for game lines, props, futures or any football odds, we have it all. So you can begin NFL betting, be sure to sign up to Bovada today. Once signed up, you can enjoy online betting across tons of sports including football, basketball, baseball and more. On top of the best online sportsbook, you will also be able to access the best online casino too. Here, you can play online casino games for real money, including Blackjack, Hot Drop Jackpots and Roulette. If you are unsure on what to play, check out the 10 most popular online casino games at Bovada casino for some inspiration.