Sports > Football > NFL > 10 Celebrities Who Could Play in The NFL

10 Celebrities Who Could Play in The NFL 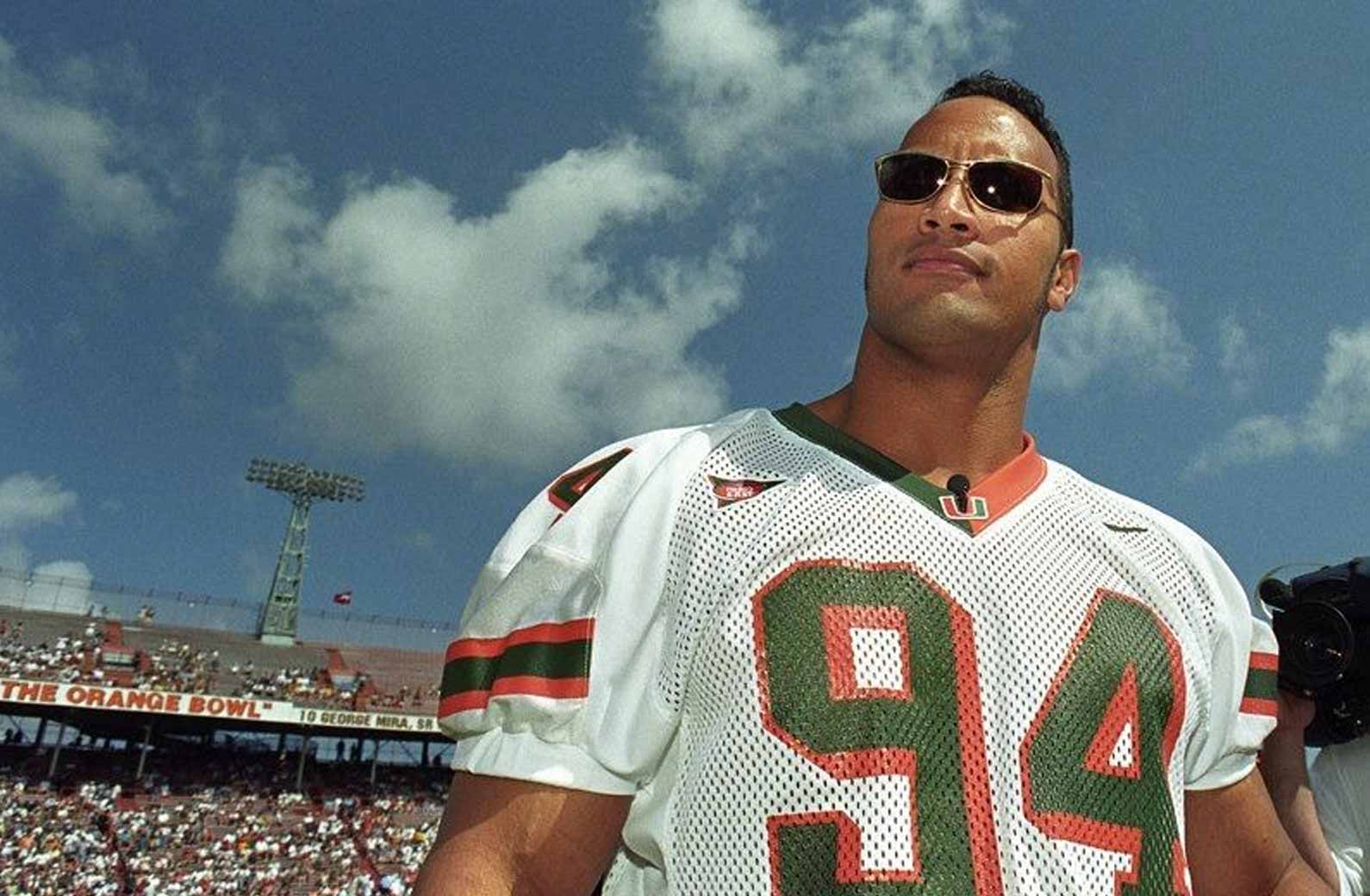 Football is a grueling, physical sport featuring some of the best athletes in the world. With talented quarterbacks, massive linemen, speedy wide receivers and nimble defensive backs, it takes all types of athletes to form a winning NFL roster. Making it as an NFL player requires incredible athleticism and determination, but those traits are not exclusive to football players; there are many celebrities who had the potential to play in the NFL had their careers not taken them down a different path. In this article, we have a little fun by listing our top 10 celebrities who could play in the NFL. Have a look at our list of below and let us know if you think there was anyone we missed!

Standing 6’5” and weighing in at 260 pounds, we all know that The Rock has the strength and size to play in the NFL. What you may not know is that Dwayne Johnson actually played college football at the University of Miami and was a defensive tackle on Miami’s 19991 National Championship team. Johnson went on to play football professionally in the Canadian Football League before moving on to wrestling and acting.

Anyone who’s seen Tatum in movies like Step Up, Magic Mike and G.I. Joe: The Rise of Cobra can vouch for his strong physique and athleticism. The 6’1” celebrity was a talented athlete that played a variety of sports growing up and even attended West Virginia’s Glenville State College on a football scholarship before eventually dropping out to pursue a career in acting.

The Fresh Prince of Bel-Air got up close and personal with the NFL during the filming of his 2015 movie Concussion, so he knows exactly how demanding it can be to play in the NFL. Standing 6’2”, Smith has an athletic frame and could be a good fit on the defensive line if he bulks up like he did for his biopic on Muhammad Ali. And if things get physical, we already know he’s not afraid to smack his opponent around. Just ask Chris Rock!

This rapper-turned-celebrity has been a diehard Pittsburgh Steelers fan for years. Snoop may not be the brawniest celebrity on this list, but his lanky, 6’4” frame would make for an excellent wide receiver. The West Coast rapper actually played some semi-professional football in his younger days and even coached his son into a 4-star wide receiver prospect who went on to play college football at UCLA.

This movie star gave NFL fans a taste of what it would he would look like on the gridiron when he strapped on the football pads and a Philadelphia Eagles jersey in the movie Invincible. While he’s only 5’8”, Wahlberg is well-built and tough as nails. As a Boston-native and longtime fan of the New England Patriots, Wahlberg could follow in the footsteps of Wes Welker and Julian Edelman as the team’s next great slot receiver.

Long before he became an action star, Statham was a gifted athlete who practiced martial arts and was a member of Britain’s National Swimming Squad. As a gifted diver, he even competed for England at the 1990 Commonwealth Games. Throw some football pads on this Hollywood tough guy and watch him blow up the competition as a hard-hitting safety in the NFL.

Best known for his role on the hit TV show Community, McHale was actually a walk-on at the University of Washington in the early 90’s. The future-celebrity played tight end for the Huskies scout team and although he never appeared in an official game, McHale earned a Rose Bowl Championship ring for his efforts.

Yet another WWE wrestler to crack this lift of celebrities with NFL potential, John Cena’s incredible athleticism has been on display for years. Long before he ever stepped into a wrestling ring, Cena’s first passion was the sport of football. Cena played football in college, earning Division III All-American honors at the center position. I guess his opponents could never see him coming!

You’ll most likely recognize Crews as the host of America’s Got Talent or as Lieutenant Terry Jeffords on the sitcom Brooklyn 99, but this celebrity is no stranger to the gridiron. Crews actually did play in the NFL for a number of years as a defensive end and linebacker, having been selected in the 11th round of the 1991 NFL Draft by the Los Angeles Rams.

He may be the oldest celebrity on this list, but judging by his action movies Tom Cruise is still in peak physical condition. Now one of the biggest movie stars on the planet, Cruise played linebacker for his varsity football team back in high school. He made the right choice by choosing a career in acting, but it’s easy to envision Cruise chasing down the ball carrier for an open-field tackle on the football field.