Sports > Football > NFL > Like it or not, Tua Tagovailoa is playing like the league’s MVP | Josh Houtz

Written by NFL expert and Miami Dolphins fanatic, Josh Houtz. Be sure to follow him on Twitter @Houtz. 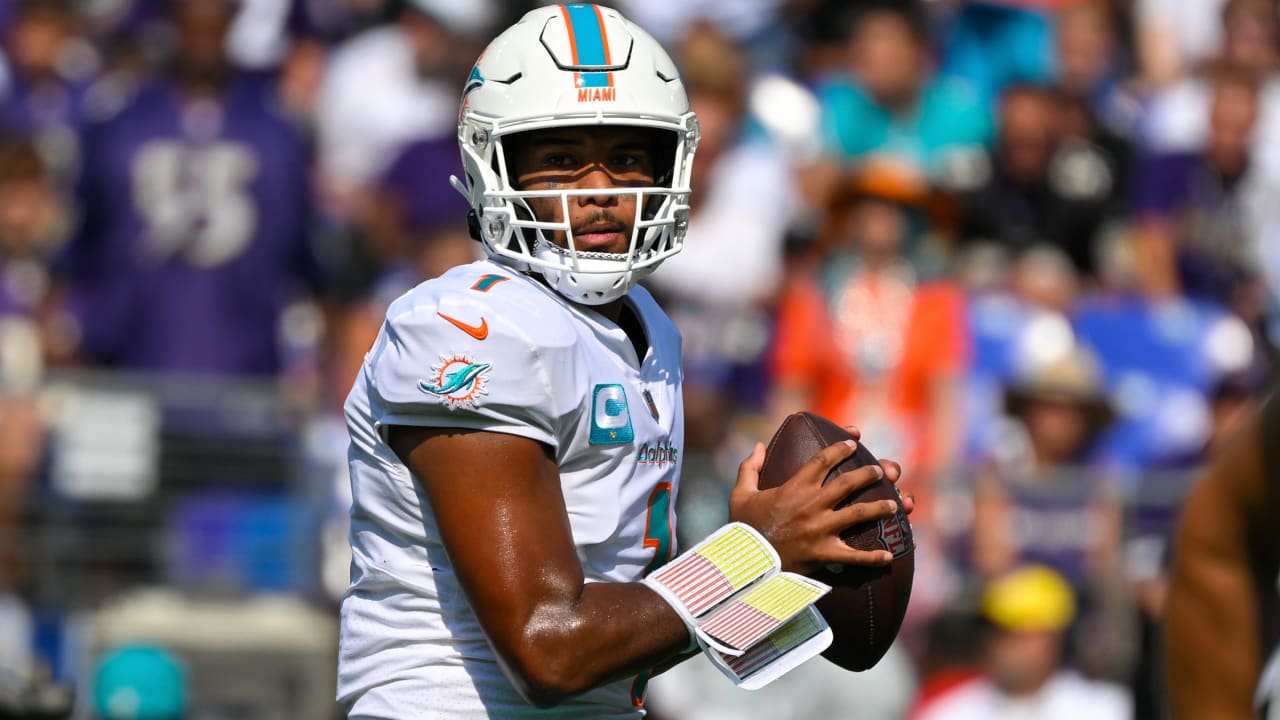 Before the 2022 NFL season, it would’ve been hard to find anyone who truly believed in Miami Dolphins quarterback Tua Tagovailoa outside of the Dolphins’ rabid fanbase.

After all, many bought into the media’s narrative that he was a limited quarterback that couldn’t throw the deep ball. Many blamed the quarterback instead of looking at the inept offensive line or mediocre skill players. And let’s not forget Brian Flores’ inability to build an offensive coaching staff.

But even after Miami acquired wide receiver Tyreek Hill from the Kansas City Chiefs in exchange for a war chest of draft picks or signed left tackle Terron Armstead, there were still far fewer believers than non-believers. And then came the time for the games to be played, and the rest has become history.

During Marino’s 1984 MVP season, the Hall of Fame quarterback finished three games with 300+ yards, three touchdowns, and a 70% completion percentage. In six games, Tagovailoa has already matched this feat. He’s also done something that NO QUARTERBACK in Miami Dolphins history has been able to accomplish — two consecutive games with 300 yards, three touchdowns, and no interceptions.

But it’s not only Marino that has to sit idle while his records get smashed. Chad Pennington’s career-best passer rating of 94.5 has been supplanted by Tagovailoa, who now holds the franchise-record with a 95.3 passer rating.

However, we can’t talk about Tua’s jaw-dropping numbers without discussing his two speedy wide receivers. His Ferraris; Tyreek Hill and Jaylen Waddle. The two have combined for 1,916 receiving yards, the most ever by a wide receiver duo in the Super Bowl era. Tyreek Hill is currently first in the NFL with 1,104 yards receiving. Waddle is fifth in receiving with 812 yards. The two have combined for nine touchdowns (Hill 3, Waddle 6).

here are some of my favorite throws from @tua through the first 4 games of the 2022 season. #finsup pic.twitter.com/DygIQ1Fvbc

In year three, with Mike McDaniel by his side and his trainer Nick Hicks, Tua has taken the next step in his football career. He’s bigger, faster, and stronger than the player we saw in 2020 recovering from a hip injury. He’s more decisive with his decisions and has a newfound arrogance that allows him to put the ball in places many quarterbacks only dream of. He’s feasting in the middle of the field, and as an offense, they’re doing things to defenses that haven’t been done before.

Some of us expected this but weren’t sure we’d ever see it come together after all the misery and pain he’s had to overcome over the last few years. It’s extraordinary, and he’s playing at an #elite level, which begs the question…

Is Tagovailoa the league’s MVP?

At the midway point of the season, it’s hard to argue. No player has proven to be more valuable to their team than QB1. Some may say Hill is deserving, which is true. But anyone that has watched the Dolphins’ offense this season sees the difference between Tagovailoa and the rest of the field. Something many were uncertain of before the season started.

Tua was asked about the most significant difference between 2022 Tua and previous years. His answer was perfect.

“Well, I think I’ve grown a lot with the deep balls, huh? Don’t we think? (laughter) That was probably a subtle jab, but it was a jab. (laughter) So I would say the deep ball, and then I can continue to get better on the deep ball.”

Through six games, Tagovailoa continues to lead the league in key categories. Here’s where Tua ranked as Monday Night in some key quarterback metrics.

Much like life, the NFL is filled with uncertainties. No one knows what will happen over the second half of the season, much less the next ten years. But after nine games, there’s one quarterback — that, in my opinion — sits atop the Iron Throne.

His name is Tuanigamanuolepola Tagovailoa. He’s my quarterback. And after nine games, he is the league’s most valuable player. #InTuaWeTrust