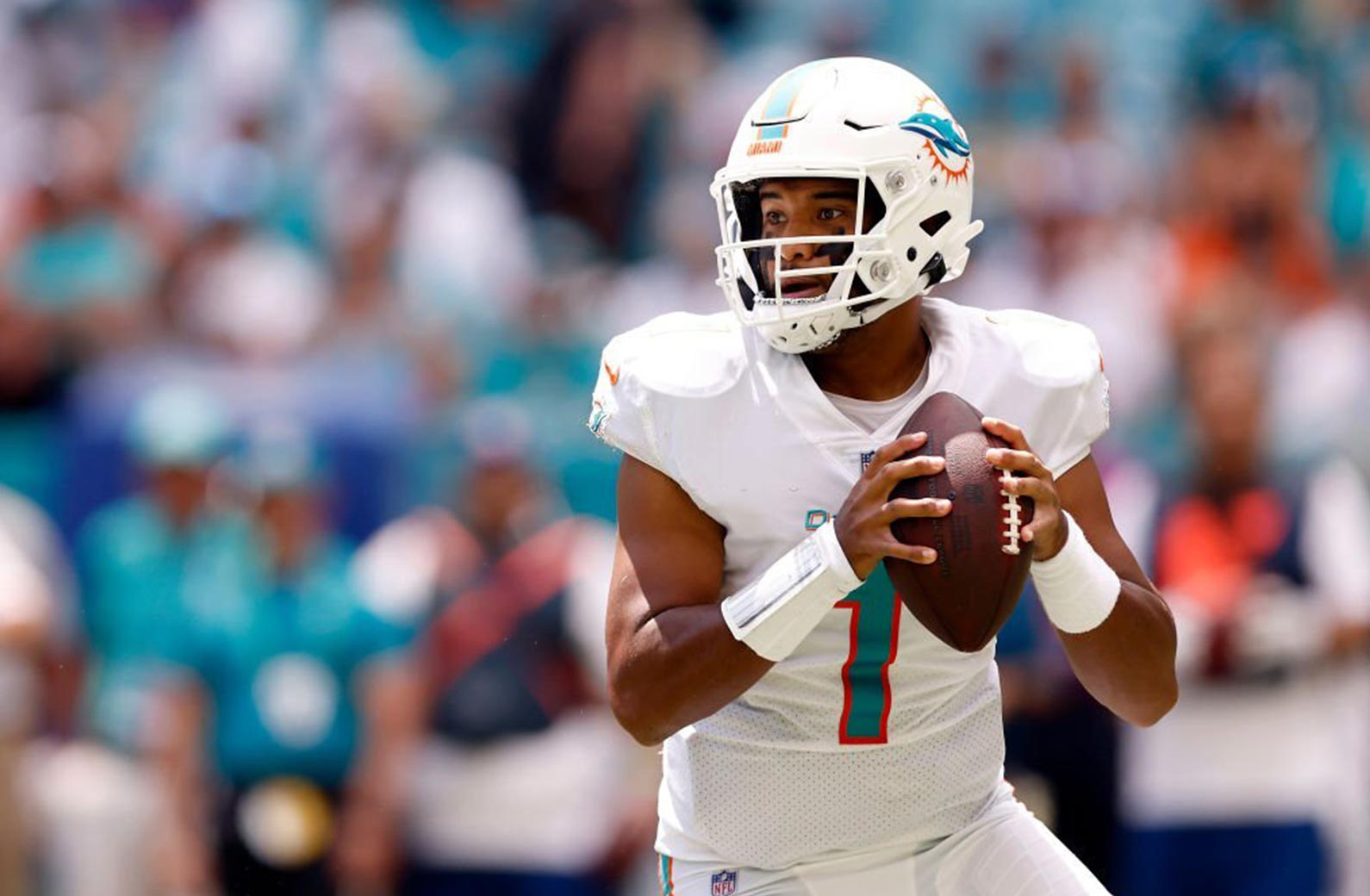 After just three weeks, the NFL is already starting to hot up. Just two teams have winning records – the Eagles and the Dolphins – while several preseason favorites showed their vulnerabilities in Week 3 losses. What looked like a three-horse race has now turned into a scramble for supremacy, with several teams now legitimate Super Bowl contenders.

Week 4 is still early in the season, but it already looks like a vitally important week for many teams. The Bills and the Chiefs need to show why they were AFC favorites, while Tom Brady needs to regroup his offense after a poor Week 3 showing. If you’re thinking about placing a few wagers on the NFL this week, here are some Week 4 tips and insights for you to consider before viewing the NFL odds.

The AFC East was supposed to be a walkover for the Bills this season, but the Dolphins had other ideas. They welcomed Josh Allen and co to Miami last weekend and went toe-to-toe with the preseason favorites, unleashing their explosive offense on a Bills defense that couldn’t deal with Tua, Hill, and Waddle. Sure, the Bills were banged up with injuries, but the 21-19 win was a real statement of intent.

Now the Dolphins travel to Cincinnati to take on the reigning AFC champions, the Bengals. The Dolphins blitz will play to the strengths of Bengals QB Joe Burrow, while the short turnaround could take some of the explosiveness away from Waddle and Hill. It would be tempting to pick the Dolphins to continue their run here, but a bet on Burrows to break the Miami streak is hugely tempting.

The Chiefs offense looked ordinary against the Colts – a rare occurrence when Patrick Mahomes is involved. The Chiefs QB threw just one touchdown and struggled to 262 yards, plus also threw a decisive pick at the end. However, the biggest downfall of the Chiefs was the litany of mistakes made, from Kelce dropping a touchdown pass to Moore muffing punts to hand the Colts the initiative.

The Chiefs won’t be as poor next week when they take on the Bucs. But they’ll also find themselves coming up against a much stronger team than the Colts. They’ll need their defense to continue its impressive form; they managed to hold Jonathan Taylor to just 72 yards last week. Also, they’ll hope Butker is back to replace Ammendola. Despite this, another loss is very possible, especially with Brady looking to bounce back from his own Week 3 disappointment.

NFL fans have been used to the Jags being hapless, but the tide has finally turned. A 38-10 rout of the much-hyped Chargers in Week 3 took them to 2-1 and top of the NFC South. It was a solid all-round team performance, marshalled by Lawrence, who threw for 262 yards and 3 touchdowns. The former first overall draft pick is now looking like the real deal. The offensive line also performed, protecting Lawrence well and giving up no sacks.

However, despite their huge improvements, they’ll be big underdogs against the impressive Eagles in Week 4. Their young defense could struggle to cope with Jalen Hurts, who is already having a breakout season, while Lawrence will face his first true challenge of the season against the NFL’s top defensive unit. Don’t expect the Jags revival to continue – they’ve certainly improved, but they’re not Super Bowl contenders yet. The Eagles certainly are.

Going into the season, the Bills were clear favorites for Super Bowl glory. Much of that enthusiasm disappeared last weekend, as they went down to a loss in Miami. However, it’s not all doom and gloom – the Bills dominated the game statistically and it was only failures at vital points that stopped them running in more points against the Dolphins.

Now the Bills need to dust themselves off and get back on the horse – a tough ask in Week 4, as they’re heading to Baltimore to play Lamar Jackson. The Ravens QB is an early contender for MVP, and while the Bills zonal defense will likely stifle his running game somewhat, his passing game is a major threat. However, the Ravens defense is ill-equipped to deal with the Bills. Expect this game to be a shoot-out and don’t be surprised to see a very close score.

There was much doom and gloom in Dallas when Dak Prescott was side-lined with a thumb injury, and not much was expected from backup QB Cooper Rush. It’s safe to say he’s defied these expectations, leading his team to two consecutive wins. What’s more, he’s done it with a seriously banged up unit. Sure, he’s leaned on the running game at times, plus his protection has been impressive, but take nothing away from his performances over the past couple of weeks.

Week 4 sees the Cowboys hosting the Commanders in another game they can certainly win. Defensively, the Commanders are a hot mess and look vulnerable, even against a backup quarterback. Carson Wentz also hasn’t looked great, and the Cowboys defensive unit should nullify his threat. For many, it’s not about whether the Cowboys will win, but how much they’ll win by.

Now you’ve read our Week 4 tips and insights, why not take a look at the NFL odds currently being offered at Bovada and find some bets that look appealing to you? To begin NFL betting, be sure to sign up to Bovada today. Once signed up, there are hundreds of betting markets for you to enjoy: spreads, props, futures and more. Additionally, you will also be able to indulge in some online casino games: Hot Drop Jackpots, online blackjack, online slots. So while you are watching the football, load up Bovada Casino and start winning real money at the same time!