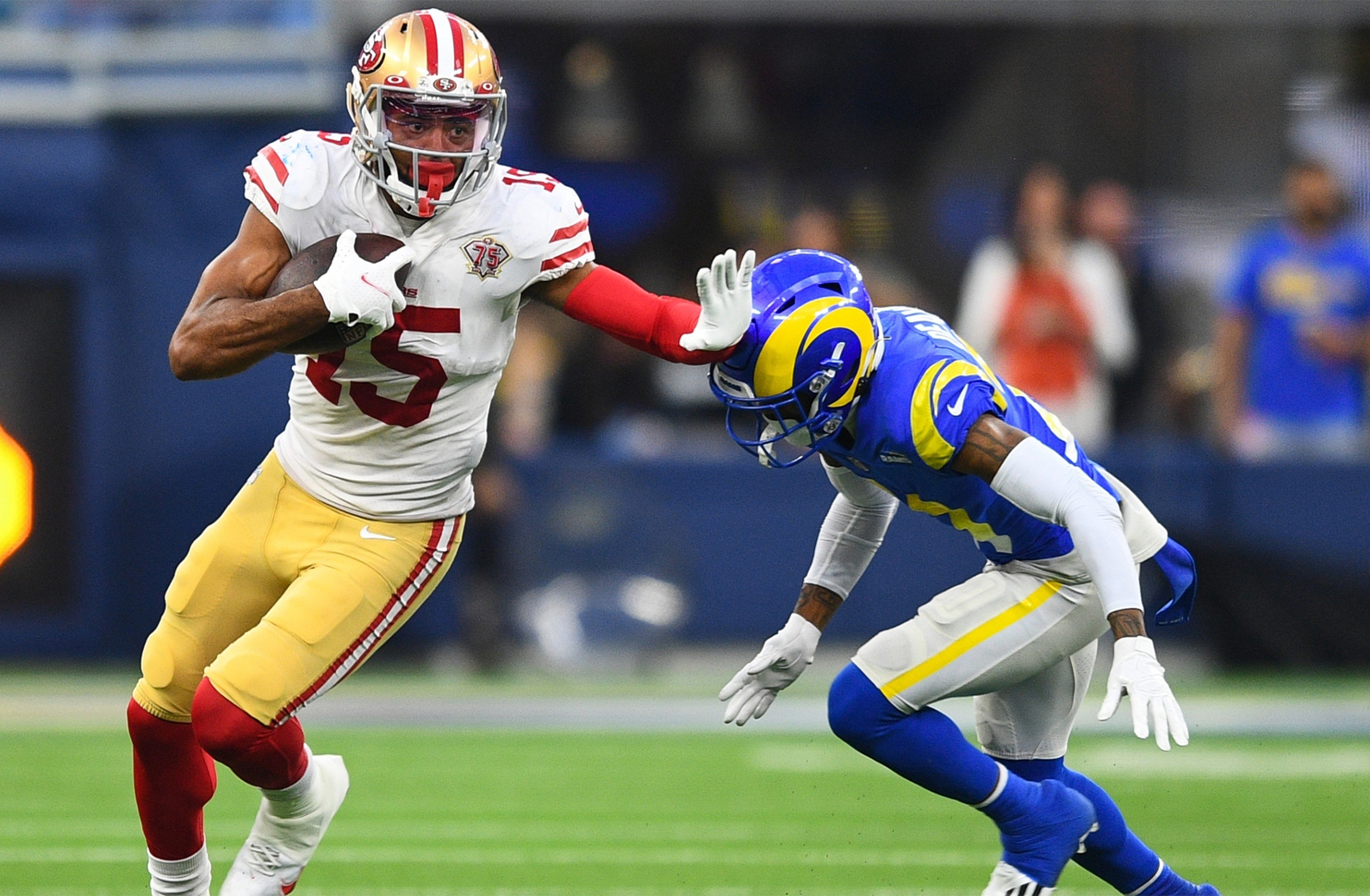 Betting on the NFL this season has been all about predicting the unpredictable. We’ve already had a number of major upsets this NFL betting season and that trend continued last week as the Tampa Bay Buccaneers and Green Bay Packers both lost despite being clear betting favorites. We also witnessed the continued dominance of New York football with both the Jets and Giants winning for the fourth consecutive week.

As the NFL betting season rolls along, the league’s divisional standings and wild card races continue to take shape. The Bills, Titans and Chiefs all hold a narrow lead in their respective AFC divisions, while the AFC North remains close with both the Ravens and Bengals improving their records to 4-3 this past week. In the NFC, the Vikings are in control of the North Division, while the undefeated Eagles sit atop the NFC East with the Giants and Cowboys nipping at their heels. There’s only one game separating worst to first in both the NFC South and NFC West, but both divisions are struggling with just a single team currently above.500. As we move on to Week 8 in the NFL, here are a few insights and tips to keep in mind when looking over this week’s betting lines.

Rookie running back Breece Hall has been a major part of the Jets recent resurgence, leading New York in rushing yards and scoring a touchdown in each of the past four games. While they got the win last week over the Broncos (with the help of a 62-yard rushing touchdown from Hall), the Jets lost their rookie running back for the season with a torn ACL. Michael Carter and the recently-acquired James Robinson will be the next men up in New York’s backfield but this injury will certainly make things tougher for the Jets as they head into a divisional showdown versus the Patriots.

NFL Insight #2 – ‘Over’ Achievers Face Off in New Orleans

The New Orleans Saints are set to host the Las Vegas Raiders in Week 8 of the NFL betting season and both teams are in desperate need of a win. While neither team has looked great so far this year, both the Saints and Raiders have been consistently hitting the overs in NFL totals betting. Las Vegas owns the best over record in the league at 5-1, while New Orleans is tied for second-best at 5-2. With the betting total for this game currently listed at 49, you may want to consider betting the over in this one.

NFL Insight #3 – Beware of the Dog

It’s been a rough start to the season for the Green Bay Packers; the team is below .500 and currently struggling through a three-game losing streak. It will be tough to end that losing streak in Week 8 as the Packers travel to Buffalo to take on the 5-1 Bills. While things may seem bleak for Cheeseheads, Green Bay still has All-Pro quarterback Aaron Rodgers under center. Rogers finds himself in uncharted territory this week, as the two-time reigning NFL MVP will be a double-digit betting underdog for the first time in his 18-year NFL career. Green Bay may not pull off the betting upset but should have a good chance at covering such a massive point spread as long as Rodgers is at quarterback for the Packers

If you plan on betting the Commanders-Colts game this week, you should know that both teams will be led by their backup quarterbacks. The Commanders turned to backup Taylor Heinicke last week to replace an injured Carson Wentz and he managed to pull off the upset over the Packers. In Indy, the Colts just announced that backup Sam Ehlinger will take over for Matt Ryan as starting quarterback for the remainder of the season. Although both the Commanders and Colts will feature backups under center in this game, it’s worth noting that Heinicke is a proven veteran while Ehlinger has yet to throw a single pass in his NFL career.

As division rivals in the NFC West, the San Francisco 49ers and Los Angeles Rams face off at least twice every season. The Rams have been a good team over the past few years but continue to struggle against the 49ers, having lost the last seven straight regular season matchups including Week 4 this season. In fact, the last time San Francisco lost to the Rams was all the way back in Week 17 of the 2018 NFL season. Bolstered by the recent trade for star running back Christian McCaffrey, don’t be surprised to see this streak continue for yet another year.