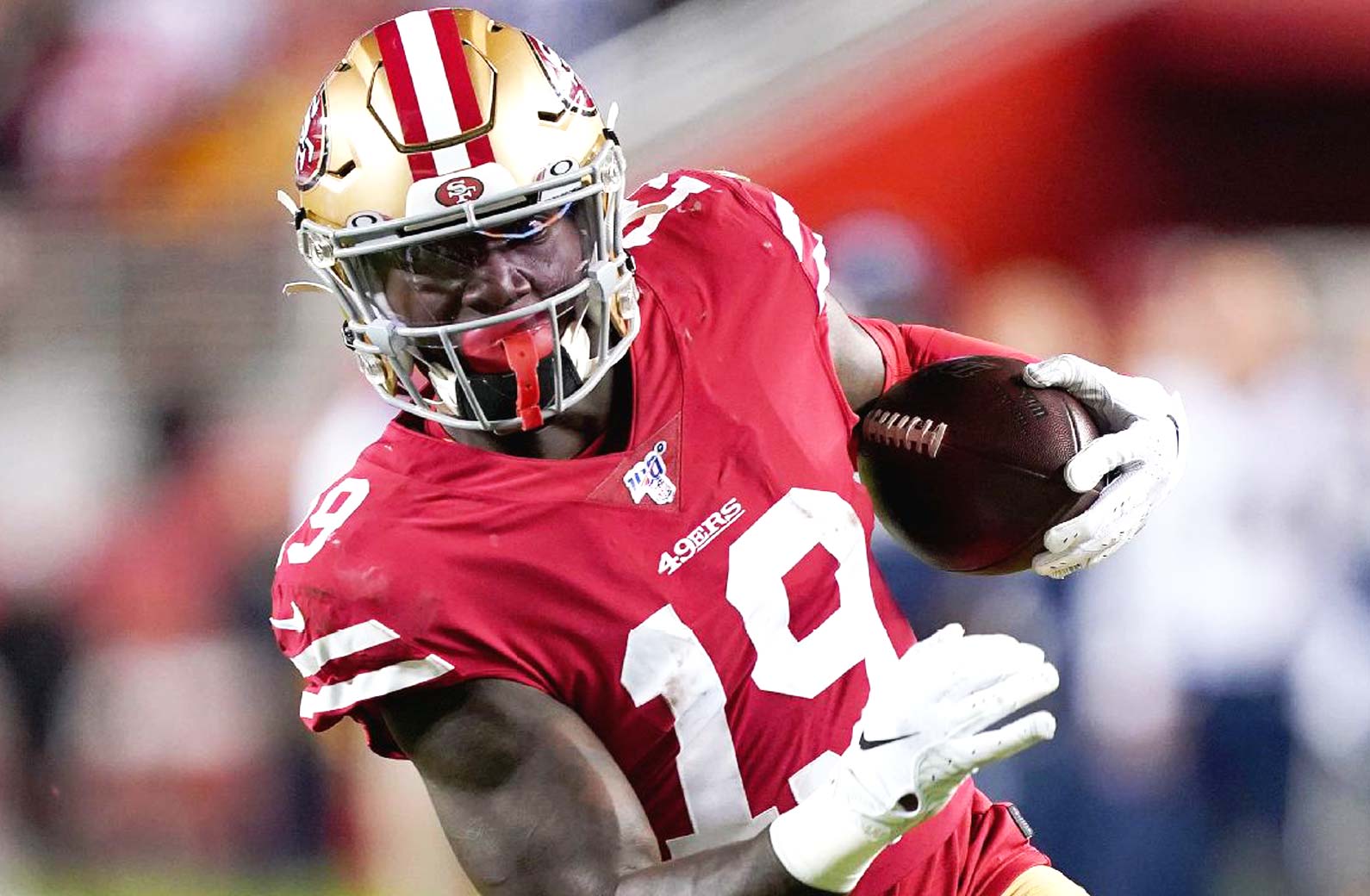 A number of last week’s games were postponed as a result of the recent surge in COVID cases, leading the NFL to schedule games nearly every day of the week. Week 15 saw the Colts put an end to the Patriots win streak, while the Chiefs kept their own streak alive with an overtime victory against the Chargers. We also witnessed some shocking upsets as the Lions somehow defeated the Cardinals and the Bucs were shutout by the Saints. With Week 16 set to kick-off in just a couple of days, let’s examine some of the more appealing betting matchups in the NFL, based on their current betting odds at Bovada Sportsbook.

The 8-6 Niners beat the Falcons on Sunday for their fifth win in six games, taking them one step closer to locking down an NFC Wild Card spot. While he may be listed as a wide receiver, San Francisco’s Deebo Samuel has scored a rushing touchdown in five straight games. On the contrary, the 9-5 Titans are heading in the opposite direction, having now lost three of four. With their lead atop the AFC South down to a single game, injury-ravaged Tennessee will need to find a way to turn things around in a hurry.

Coming off an impressive win over the Patriots, the 8-6 Colts look to be rounding into form at just the right time. Indy’s Jonathon Taylor continues to make his case for NFL MVP having scored a rushing TD in 11 straight games. The 10-4 Cardinals will attempt to rebound from last week’s head-scratching loss to Detroit, which dropped them to fourth in the NFC. This week won’t be any easier as Arizona will have to do it without DeAndre Hopkins, as the team plans to rest the All-Pro wide out for the remainder of the regular season.

The Bills got back in the win column last week with a relatively easy victory over the Panthers. At 8-6, Buffalo still has a shot at the division and you can bet they’ll want revenge on New England after getting run all over in Week 13. The Pats seven-game win streak may have come to an end but a win against the Bills will wrap up yet another division title for legendary head coach, Bill Belichick.

It’s been a tough month for Ravens fans as Baltimore have now lost three straight. The Ravens are hopeful their injured QB Lamar Jackson can return to the action, otherwise it’ll be another start for backup Tyler Huntley. Cincy earned a gritty win over the Broncos last week and are now first in the AFC North by way of their tiebreak over Baltimore. Unlike last week, Bengals QB Joe Burrow should be able to let it fly in this game as the Ravens have one of the worst pass defenses in the league, giving up 264.9 YPG.

After starting the season 1-7, the Dolphins have now won six straight to climb back to .500. Much of the credit goes to Tua Tagovailoa, as the second-year signal caller is beginning to look like a legit franchise quarterback. The Saints are also 7-7 and riding high after last week’s shutout victory over the Bucs. This may as well be a playoff game for New Orleans as a loss to Miami would all but end their shot at the postseason.

Check out the betting odds for every Week 16 NFL matchup at Bovada Sportsbook. If you are new to Bovada, the best place to bet on the NFL action, then be sure to make use of our latest welcome offers.