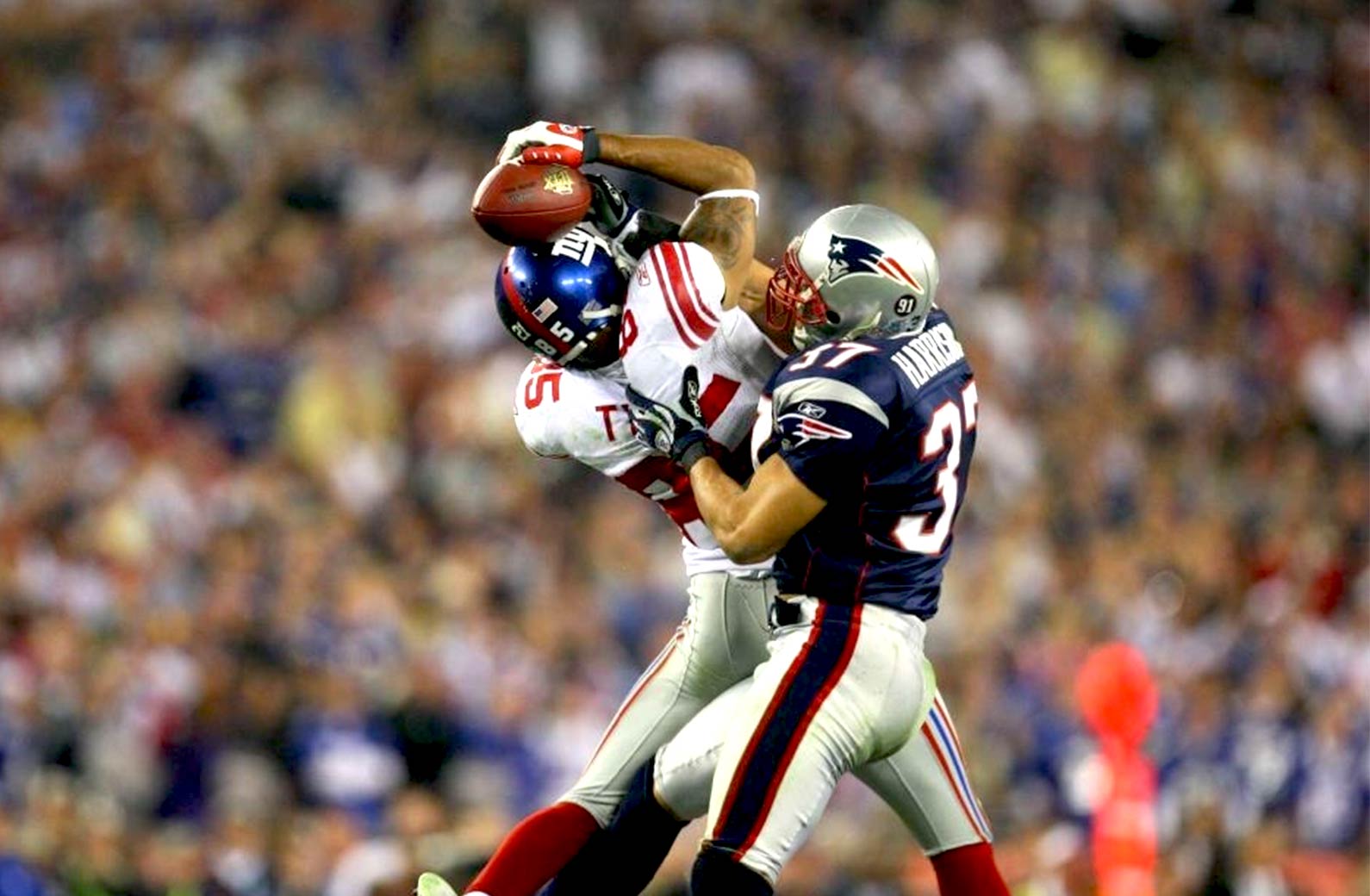 There’s only a few days remaining until Super Bowl LVI and the excitement continues to build for what should be an incredible night of football. This year’s Super Bowl is the 56th event, taking place at SoFi Stadium in Los Angeles between the Cincinnati Bengals and Los Angeles Rams. Over the years, whether it was an improbable comeback, a tragic missed field goal or a winning touchdown pass in the game’s final seconds, there have been some incredible moments played out on football’s biggest stage. Before we sit down to watch the 2022 Super Bowl, let’s recap the top 10 Super Bowls of all time.

The 2002 Super Bowl marked the beginning of the New England Patriots’ dynasty.  Led by head coach Bill Belichick, and a 24-year-old quarterback by the name of Tom Brady, the Patriots put a stop to the St. Louis Rams and ‘The Greatest Show on Turf’. The game was capped off with a Super Bowl-winning field goal by kicking legend Adam Vinatieri. When it was all said and done, Brady has earned his first Super Bowl MVP award, but it certainly wouldn’t be his last.

This was the first Super Bowl appearance in the history of the Cardinals franchise, while the Steelers were looking to set the NFL record with their sixth championship. The result was a wild back-and-forth affair, including a legendary 100-yard pick six by Pittsburgh linebacker James Harrison. The game delivered an incredible finish as Steelers quarterback Ben Roethlisberger connected with wide receiver Santonio Holmes on a super bowl-winning touchdown pass in the corner of the endzone with just 35 seconds left on the clock.

San Francisco wide receiver Jerry Rice dominated the stat sheet with an 11-catch, 215-yard performance, yet the Bengals were up by a field goal with just a few minutes to go. That was all 49ers quarterback Joe Montana would need, as he led the offense 92 yards and tossed the game-winning score with only seconds remaining. This would mark the third and final Super Bowl victory for legendary head coach Bill Walsh, who retired shortly after the game.

The 1991 Super Bowl was a game enjoyed by football fans around the world – except maybe for the people from Buffalo. Despite entering as seven-point betting favorites and getting a 135-yard performance from running back Thurman Thomas, the Bills lost their shot at a title when kicker Scott Norwood missed a 47-yard field goal with only eight seconds remaining. Nicknamed ‘Wide Right’, that kick continues to live on in infamy and marked the first of Buffalo’s four consecutive Super Bowl losses between 1991 and 1994.

This was a competitive game that saw several lead changes, including the Patriots coming back from 10-points down in the fourth quarter and taking the lead with just over two minutes left. This game will ultimately be remembered for what happened next: Seattle drove the length of the field to New England’s one-yard line, but instead of handing it off to running back Marshawn Lynch, Russell Wilson dropped back to pass and Patriots cornerback Malcom Butler pulled down the Super Bowl-winning interception in the endzone.

New York were 19.5-point underdogs to the Baltimore Colts, but that didn’t stop Jets quarterback Joe Namath from famously guaranteeing a victory just three days before the 1969 Super Bowl. The Jets delivered on that promise, building a 16-0 lead by the game’s fourth quarter. While it was more of a defensive battle, Namath’s took home the game’s MVP award and became a Super Bowl legend for his famous guarantee.

The storyline behind this Super Bowl is so incredible, they actually turned it into a movie called “American Underdog: The Kurt Warner Story”. Warner went from stocking grocery shelves earlier in his career to playing quarterback for the Rams and leading ‘The Greatest Show on Turf’ to the Super Bowl. This game featured one of the greatest endings in Super Bowl history as Rams linebacker Mike Jones tackled Titans receiver Kevin Dyson just a yard shy of the endzone for what would have been a potential game-tying score.

This game was all about the offense as the Eagles and Patriots combined to set a number of Super Bowl records, including most combined yards gained in an NFL game (1,151), fewest combined punts in a Super Bowl (1), and most points scored by a losing team in the Super Bowl (33). Backup quarterback Nick Foles guided the Eagles to victory and won Super Bowl MVP with 373 passing yards and 3 touchdown passes.

After going undefeated in the regular season, Tom Brady and the Patriots were 18-0 and one win away from a perfect season. The Giants were down by four with just over two minutes remaining when quarterback Eli Manning began a game-winning drive, which included the famous “Helmet Catch” where Giants receiver David Tyree pinned the ball to his helmet for a crucial third down conversion. Manning threw a touchdown pass to receiver Plaxico Burress just a few plays later and the rest was history.

The top spot on our list goes to the 2017 Super Bowl, which makes sense since it’s the only Super Bowl to be decided in overtime and also featured one of the greatest comebacks in sports history. The Falcons had built a commanding 28-3 lead by late in the third quarter before surrendering 25 straight points, including a game-tying two-point conversion with only seconds remaining. The Patriots got the ball first in overtime and that was all Tom Brady needed as he led New England to yet another Super Bowl win and his then-fourth Super Bowl MVP award.

That concludes our top 10 Super Bowls in history. Will Super Bowl LVI find its way into the list? We’ll find out on Sunday, February 13. If you are looking for the latest Super Bowl odds, then you have come to the best place. Bovada Sportsbook has a huge variety of Super Bowl betting markets including: spread, moneyline and hundreds of props. If you are new around here, then be sure to check out Bovada’s welcome offers to make the most out of your first bet!

Be sure to check out the latest Super Bowl betting odds and markets available at Bovada Sportsbook.