Sports > Hockey > Who Will Win the 2023 Hart Memorial Trophy? 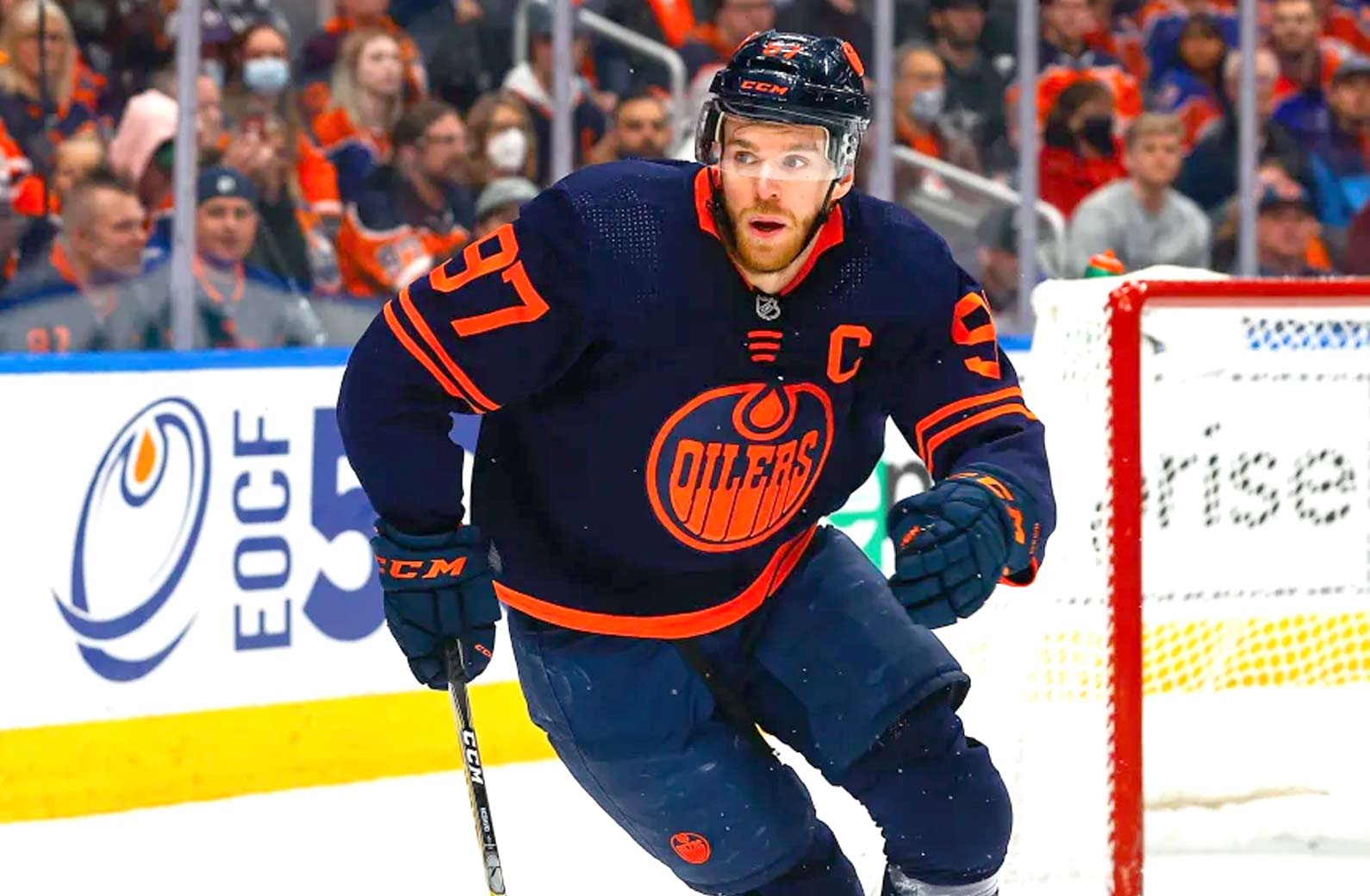 The NHL season is nearly upon us and hockey fans can look forward to a season full of excitement, thrills, and spills, led by the league’s big-name superstars. However, before a puck has even been slapped, many punters are already placing their bets on the winner of the 2023 Hart Memorial Trophy, which will be handed to the season MVP.

So, who will follow Auston Matthews, who scooped the honor in 2022, and be crowned the NHL’s top player? We’ve profiled a few of the main contenders on this page.

What Is The Hart Memorial Trophy?

The Hart Memorial Trophy is an annual award given to the “player adjudged to be the most valuable to his team.” It has been awarded since 1960 – its predecessor, the Hart Trophy, was first awarded in 1923.

The one and only Wayne Gretzky holds the record for most wins, taking home the trophy nine times – including eight seasons in a row, from 1980 to 1987. He’s also one of only two men to win the award with two different teams, the other being Mark Messier.

Favorites for the 2023 Hart Memorial Trophy

There’s no escaping it: Connor McDavid is the nailed-on favorite to receive the Hart Memorial Trophy once the 2022/23 season comes to an end. After being pipped at the post by Matthews last year, McDavid will be looking to complete his hat-trick of trophies, having won the award in 2017 and 2021.

McDavid looked imperious in the Oilers’ playoff run last year, notching up 33 points in 16 games as the Oilers fell just short of making it to the Stanley Cup. They should be among the contenders next year, and McDavid will be at the forefront of their Stanley Cup push. You’ll be able to get odds of +250 on Connor McDavid when you bet at Bovada.

Last year’s winner had a stellar 2022/23 season, bagging himself 60 goals – a record for a Maple Leafs player – and providing 46 assists. This saw him move past the 100-point mark. Many think that the 24-year-old could better that tally in the upcoming season, especially as he’ll be supported by a highly talented roster in Toronto, who are second favorites to lift the Stanley Cup next year.

However, as talented as Toronto are as a team, they underperformed last year and will need to push ahead and challenge for the top honors to give Matthews the best chance of going back-to-back – something that hasn’t happened for over 10 years. You’ll be able to get odds of around +425 on Matthews to take the prize, and many believe that these odds represent much better value than those offered on the favorite Connor McDavid.

Next up is Leon Draisaitl, the Edmonton center from Germany who is often overshadowed by McDavid. However, he has previous form, winning the trophy back in 2020, and his form last season was scintillating, scoring 55 times and providing a further 55 assists. He was equally as impressive in the playoffs, grabbing 32 points as the Oilers fell just short of reaching the Stanley Cup.

Like all the other names on this list, Draisaitl will need to be ably supported by his team-mates to take the prize. However, unlike most others, his main competition comes from within. Can Draisaitl outshine McDavid next season? If you think so, you’ll be able to get odds of around +600 on him scooping the Hart Memorial Trophy for the second time.

Colorado are favorites to retain the Stanley Cup next season and whether they do will depend largely on Nathan MacKinnon. Unlike some other players from Colorado’s title-winning team, the superstar center will be remaining on the roster next season and will be doing everything he can to scoop the big bucks – many think he’ll become the highest-paid player ever. A Hart Memorial Trophy would go a long way towards earning that big contract.

In nine seasons in the NHL, MacKinnon has been a finalist three times, finishing as runner-up in 2018 and 2020. There’s nothing to say that the 27-year-old won’t go one better next season, especially with the magnificent Cale Makar at his side. If you think that Nathan MacKinnon will win the Hart Memorial Trophy in 2023, you’ll get odds of +1000.

Known as “The Thrill” by fans, 25-year-old Kaprizov has established himself as a big name in the NHL, despite having only played in the league for two seasons. Winner of the Calder Trophy in his first season, he followed his impressive first outing with 47 goals and 61 assists in his second season, notching up 108 points.

The exciting thing about Kaprizov is that he could easily get even better, especially as he’s surrounded by a decent roster in Minnesota that could genuinely make a deep run in next year’s playoffs. If you fancy Kaprizov to win the 2023 Hart Memorial Trophy, you’ll be able to get odds of around +12000 – great odds for such a talented player who could set the league alight next year.