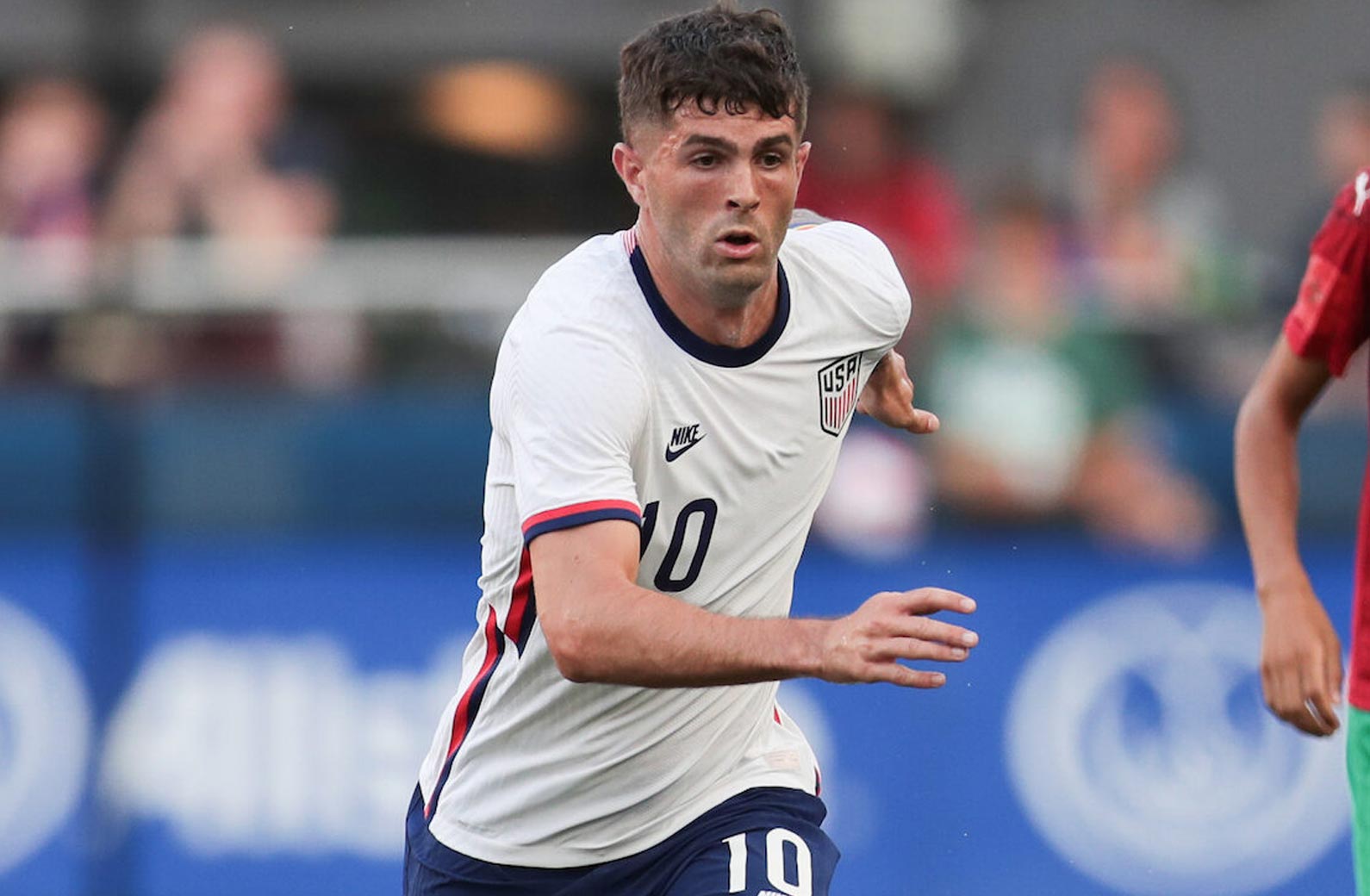 If you haven’t noticed, the controversial 2022 World Cup is fast approaching, with the best of the best ready to descend on the country of Qatar come November 20. The USMNT will be there, ready to take on England, Wales, and Iran in the group stage; there’s hope that they’ll reach the knockouts, just as they did in 2014.

There are several names within the USMNT squad to get excited about. Check out who we think are the 10 best USMNT players to keep an eye on at the World Cup when you read below.

We’ll begin with Jesus Ferreira, who looks likely to lead the front line in the World Cup. This season has seen Ferreira rise to new levels and really throw himself into the mix in the national team, and fans will hope he can be as lethal for the USMNT as he’s been for FC Dallas recently.

However, Ferreira isn’t just in the team for his goalscoring exploits; the number nine does have a great all-round game, regularly teeing up teammates. The 21-year-old has played 15 times for the USMNT so far and they’ll be relying on his goals if they’re to progress.

Walker Zimmerman is undoubtedly the top central defender playing in the MLS and is also a hugely important part of the USMNT. He’ll almost certainly start all games, but the big question is who starts next to him.

It’s amazing to think that Zimmerman wasn’t even initially selected for the initial roster when World Cup qualifying started, but he forced his way in and is now a mainstay of the squad. He’ll provide the leadership and maturity needed in what is a youthful US team.

Next up on our list of the best USMNT players to watch at the World Cup is the son of legendary player – and current president of Liberia – George Weah. Timothy Weah has made himself an integral part of the USMNT and rivals Pulisic in his ability to put defenses to the sword.

Weah’s effectiveness will likely depend on how he’s deployed. His speed makes him perfect for a wide position, but he has played as a striker for Lille. Whatever happens, he’ll be on the plane to Qatar and should also have a spot nailed down in the starting XI.

Yunus Musah is a young player US fans should be getting very excited about. Comfortable on the ball and able to play in the center or on the wing, the Sevilla midfielder has made huge strides in Spain, where he’s now an established part of the first team.

It is likely that Musah will start in the center for the US, alongside McKennie and Adams to form the exciting MMA midfield trio. If he can hit the heights he’s capable of, expect him to have a big part to play in the US team’s success.

Aaronson became the second most expensive US player ever when he made his $30.2 million move from Red Bull Salzburg to Leeds United in 2022. He was impressive while playing in Austria but hasn’t proved himself quite yet in the Premier League.

Although only 21-years-old, Aaronson has already played 24 times for his national side, scoring six goals in the process. He’s likely to start on the wing for the US, where he’ll hope to use his creativity and energy to punish the opposition defenses.

Tyler Adams is the second player from Leeds United on this list, where he plays under the watchful eye of Jesse Marsch. His energy could power most midfields in the world, and he anchors the midfield, allowing others to make their moves up the field.

Adams is almost certain to be a starter for all US games at the World Cup, and he’ll sit in front of the defense, allowing Musah and McKennie more license to attack. His performances might not be noticed as much as those of some other players, but he’s a vital cog in the USMNT machine.

Gio Reyna was actually born in England, where his father was playing for Sunderland. He plays for Borussia Dortmund – a club known for nurturing young talent like Haaland, Sancho and Pulisic – and is one of the finalists for the 2022 Golden Boy award, given to the best young player in Europe.

Despite being one of the youngest players, Reyna will provide competition for other US wingers and should start most games. He’s played 14 times for the USMNT so far, scoring four goals in the process. US fans will hope he’s fit for Qatar, as he could be the key to unlocking defenses.

Sergiño Dest has spent several seasons at Barcelona, and you don’t achieve that feat if you’re mediocre. He moved over to AC Milan in 2022 on loan and he’ll hopefully get plenty of starting time there – something he wasn’t always guaranteed at the Camp Nou.

While he’s not always been appreciated at club level, he’s the undoubted number one full-back in the US team, more noted for his attacking abilities than his defensive competency. If he gets forward, he’ll be exciting to watch and could be a key part of many US forays into opposition areas.

Weston McKennie is a regular starter for Serie A giants Juventus, which shows you exactly how good the 24-year-old is. However, he’s prone to injuries, which has so far hampered his career. The USMNT will be hoping he’s fit for Qatar, as if so, he’ll be a hugely important part of the team.

McKennie is a pivotal part of the USMNT, breaking up play and starting attacks, plus his presence at set pieces is a huge threat. He’s scored nine times in his 37 international appearances and is also an important part of the US defensive set-up. If he’s fit, he’ll be a huge presence for the USMNT.

There can’t be much doubting that Christian Pulisic is the best US player of his generation. While he is undoubtedly wonderfully talented, he has struggled for Chelsea recently, not getting the game time he needs, but he’ll still be the first name on the team sheet for the US at the 2022 World Cup.

Pulisic will be the leader of the team and will carry the weight of the nation on his shoulders. He’s got the ability to put even the best defenses to the sword, as he’s proven time and again on the international stage, scoring 21 times in his 52 appearances. If Pulisic succeeds in the World Cup, the USMNT will likely succeed as well.

Are you excited to see how the USMNT performs in Qatar? If so, you’ll be able to bet on all the tournament’s games at Bovada. Head on over to Bovada and view all of the World Cup odds that are available, including futures, props and gamelines. To begin online betting at Bovada, you will need to create an account. Once you are signed up, you can enjoy all of the betting markets that are available. Additionally, you will also be able to begin playing at our online casino. With Hot Drop Jackpots, online blackjack, online slots and more online casino games available, there’s tons of fun to be had.