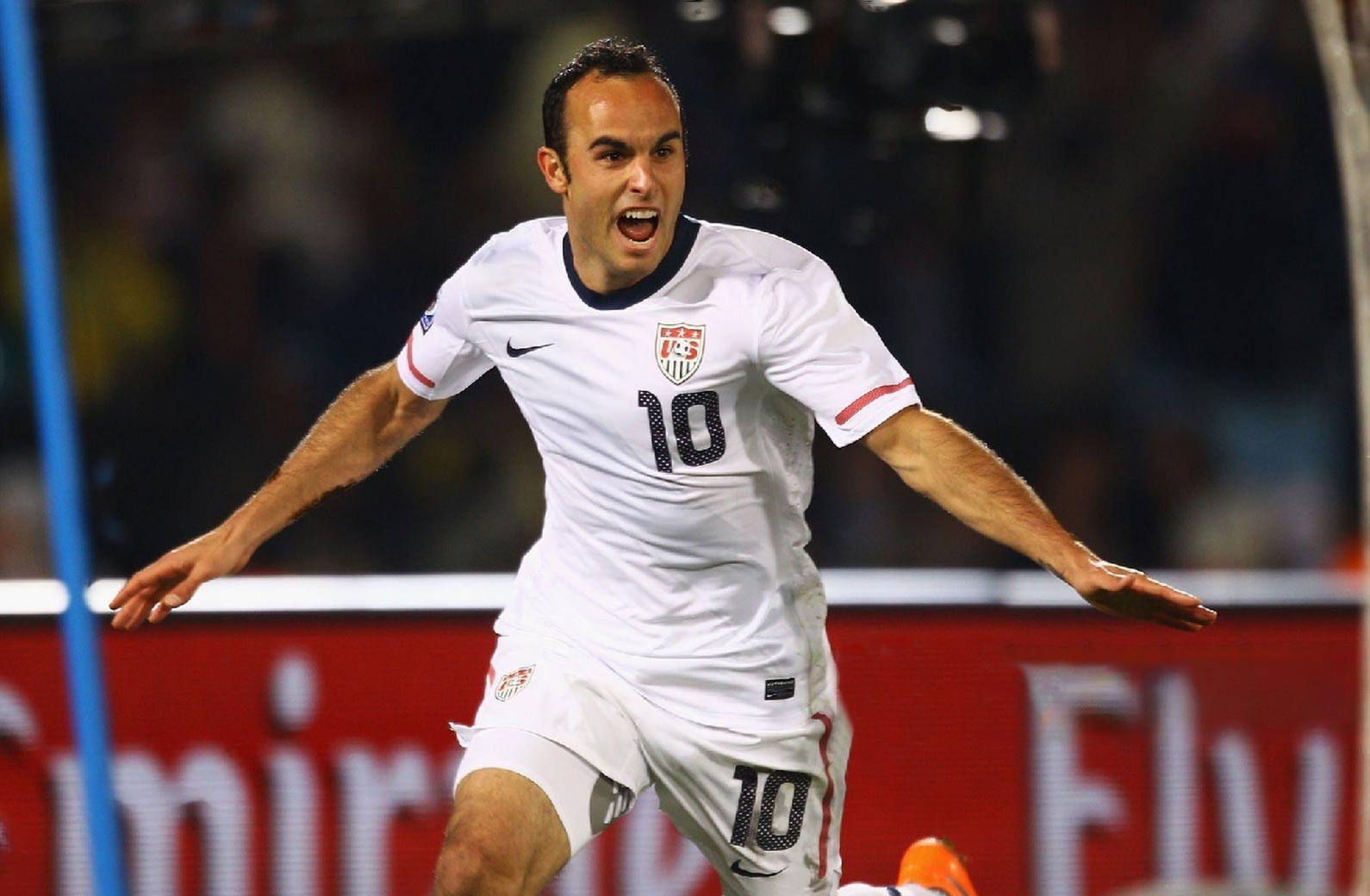 Throughout the years, there have undoubtedly been some impressive players to put on the US jersey. Many players in our list of top 10 best USMNT players of all time have appeared at the World Cup, with one even making it into the World Cup team of the tournament.

But who are the best USMNT players to ever grace the field? And what did they do to deserve their place on the list? You can find out below.

In tenth place on our list of the best USMNT players is Michael Bradley. The son of Bob Bradley has played all over Europe: Roma, Borussia Monchengladbach, and Heerenveen. Now, he plays in the MLS for Toronto FC.

Bradley has played 151 times on the international stage, with his last cap coming in 2019, scoring 17 goals in his international career. He was a key player in the 2010 World Cup, scoring against Slovenia, although wasn’t too impressive in his other World Cup appearances.

Eric Wynalda will be a name forever associated with US soccer, as he scored the first ever goal in Major League Soccer. He was something of a journeyman, playing for many teams during his career, including San Jose Clash and Chicago Fire.

On the international stage, Wynalda represented his nation on 106 occasions, scoring 34 times. He was the top scorer for the USMNT, until his record was broken by Landon Donovan. His goal against Switzerland in the 1998 World Cup is one of the most memorable to be scored by a US player.

Marcelo Balboa was a recognisable sight on the soccer pitch, his trademark ponytail making him stand out from the crowd. He spent the majority of his career playing for the Colorado Rapids, where he was a vital part of their defense.

Brian McBride is best known internationally for the time he spent at Fulham, where he played 140 times and scored 33 goals. He was voted Fulham’s player of the season twice and spent time as the club’s captain.

On the international stage, McBride played 95 times and scored 30 goals. He played in three World Cups, scoring in the 1998 and 2002 tournaments, and was also the US captain for the 2008 Olympics. He is currently the general manager of the USMNT.

Brad Friedel is undoubtedly the best-ever goalkeeper to emerge from the United States. He appeared in 310 consecutive Premier League games, which is still a record, and played for Liverpool, Blackburn, Aston Villa, and Tottenham.

Friedel appeared in three World Cups for the US team, from 1994 to 2002, when the US team made a run to the quarterfinals. He retired from the international team in 2005 but continued to play at club level until 2015.

Some might disagree with Beasley being so high on this list, but his performances at club level must be noted. He’s played for PSV and Rangers, among other teams, and has scored more Champions League goals than any other American.

On the international stage, Beasley was capped over 100 times and played in four different World Cups. During his time playing for the national side, he captained the team several times, including during their victory at the 2013 Gold Cup.

Eddie Pope doesn’t get the recognition he deserves. Maybe it’s because he never plied his trade outside the US, in the big leagues of Europe, or perhaps it’s because he wasn’t a fashionable, goal-scoring superstar.

However, Pope represented the USMNT 82 times and scored 8 goals, during an international career that spanned 11 years. He was a huge part of the US defense during that time and took to the field in three different World Cups.

In the bronze medal position, we have Claudio Reyna, who was an integral part of the US team during the early part of the 21st century. He also played for some big club teams, including Manchester City and Rangers.

Reyna was the first US player to make the World Cup team of the tournament, when he was included in 2002. He appeared for the team 111 times and scored 8 goals. However, if there’s anything to remember Reyna for, it’s not his final USMNT appearance; he lost possession, allowed Ghana to score and then went off injured.

Clint Dempsey is number two on the list and is probably the player who has made the biggest impact abroad. He spent much of his career with Fulham, where he’s still the record goalscorer, plus had a stint with Tottenham.

Dempsey played for the USMNT on 141 occasions, hitting the back of the net 57 times – a record he holds with Landon Donovan. He was the first US player to score at three consecutive World Cups and helped his team to the knockouts in both 2010 and 2014.

There can only be one name at the top of the list of the best USMNT players of all time: Landon Donovan. The former Bayern Munich and Everton star has represented his country 157 times, plus his 46 international goals are a joint-record for the US team.

Donovan took to the field in three different World Cups. He was named Best Young Player in the 2002 tournament and made a big impact in 2010 – the US team’s performance in 2006 is best forgotten. Overall, Donavan has five goals at the World Cup and is the joint top-scorer for the US team, alongside Dempsey; both have 57 goals for their country.

Are you excited to see the USMNT in action during the 2022 World Cup? If so, why not head over to the Bovada sportsbook and place a bet or two on the tournament. To get started betting on the World Cup, simply sign up to Bovada and head on over to our World Cup odds. Once signed up you can indulge in online sports betting across all your favorite sports: football, basketball, baseball and more. On top of all that, you can also enjoy playing at our online casino where you can win real money with Hot Drop Jackpots, online blackjack and online roulette.